Becoming a professional mixed martial artist is one of the hardest jobs to do. Especially when casual fans realize the harsh reality of the pay scale. Even on the professional level. Whether a fighter is the best out of their state on the regional scene or stepping foot into the UFC, the actuality is that it’s hard to make money. Unless they’re a superstar or a champion, chances are fans might catch their favorite fighters at their second job. Even an MMA legend like GSP came from humble payscale beginnings. Recently, St Pierre revealed that his UFC debut fight landed him a sum of $3,000.

Currently, GSP is one of the most lucrative brands in MMA history. However, it wasn’t always that way. Now, Georges is often regarded as one of the best fighters of all time. In fact, many fans have him on their Mount Rushmore. Unfortunately, he wasn’t always viewed through that lens. And, he had to earn everything from the UFC that he’s been given.

St Pierre made his UFC debut against Karo Parisyan at UFC 46 back in 2004. During the fight, GSP was able to secure a unanimous decision victory over Parisyan, who was one a 4 fight win streak in his professional career.

Georges recently went on social media to recollect his first UFC fight. St Pierre also revealed how much money he made during those earlier times. 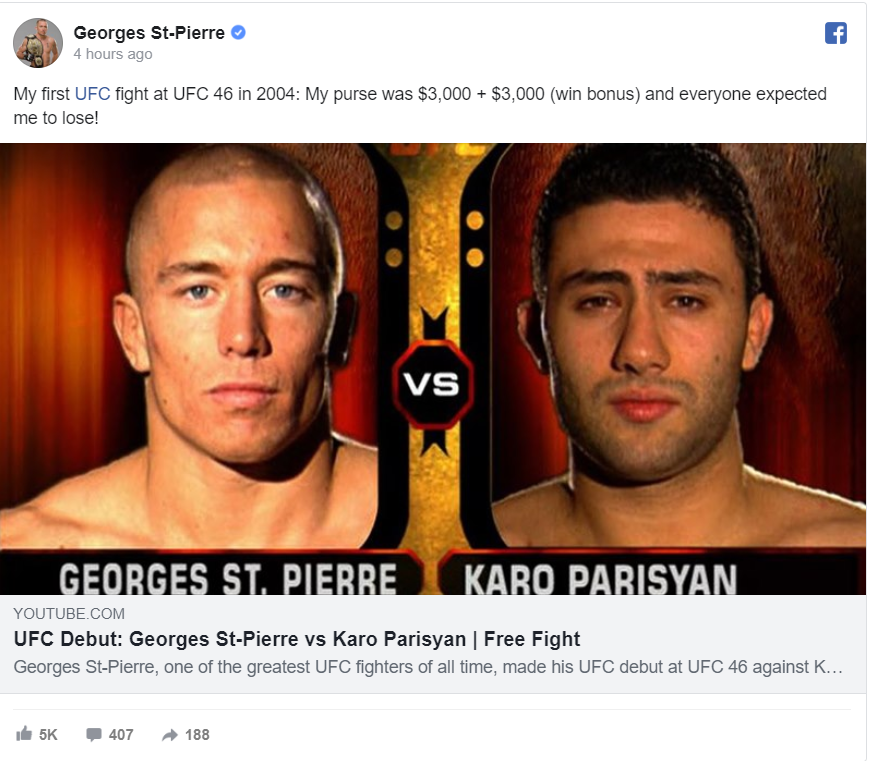