Gegard Mousasi vs. Jerome Le Banner will probably go down at Dynamite!! 2010 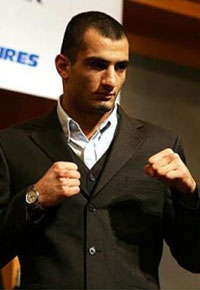 Remember back in 2003 when the vast majority of conservatives changed the name of French fries to “Freedom Fries” in an odd attempt to teach France a lesson about not showing support to their ally, the United States, during their completely justified invasion of Iraq? Sadly I do too, and I would like to think that for every person that was outraged at the invasion of Iraq, at least two would question how a literal description of a prepared food could then be co-opted a new title about liberty with very little forethought. Thomas Jefferson was the first person on record to describe the greasy delicacy that are enjoyed by millions of Americans each year, he called them “potatoes, fried in the French Manner”, and now we each eat roughly 16 pounds of them each year. That is a real statistic, it was found on the internet. Why the House of Representatives found it enticing to mock our French allies about a title of a food one of their own forefathers coined in passing is beyond me. Around that same time in 2003 K-1 God Jerome Le Banner was having a steel rod implanted into his arm after it was shattered into pieces by Ernesto Hoost at the K-1 Grand Prix 2002 final. In my humble opinion, had his arm not been shattered, Jerome Le Banner would have personally been recruited by the French government to go to Iraq and leg kick every insurgent he could get within striking distance of, just to prove to America that French fries were French and “Freedom Fries” as a title fundamentally made zero sense. Not because they were insulted by the name change. He would strike for sanity.

Now, seven years later, Freedom Fries exist only in Philadelphia and Toby Keith’s bar and grill restaurant chain, but none of this matters to Gegard Mousasi, he has told MMAJunkie that he has accepted a fight with Jerome Le Banner to go down at Dynamite!!! 2010 at the Saitama Super Arena which is conveniently located in Saitama, Japan. This has nothing to do with food, he just wants to fight. Now he is just waiting for word that the forty pounds heavier Le Banner wants to fight.

“I don’t know if I’m fighting him yet,” Mousasi said of Le Banner. “They haven’t confirmed. They asked me, and I said yes, so now if he said yes, the fight is on.”

“I’m a standup fighter, but when I see all my fights, I finish them on the ground. My best strength is ground and pound, so I want to always be on top. If I want to have the advantage with my ground and pound and control, I need to be a good wrestler to take them down and be in top position. Even if I don’t fight a wrestler, I’m going to improve my wrestling because I want to be the guy that takes them down.”

Freedom Fries aren’t the first faux pas (see what I did there) in United States history regarding the renaming of foodstuffs. During World War I, Saurkraut was renamed “Liberty Cabbage” and hamburgers were called “Salisbury Steaks”. That’s right, hamburger was derived from Hamburg, Germany. Thanks for visiting MiddleEasy.com, where the history of oppressed food names are everything. [Source] 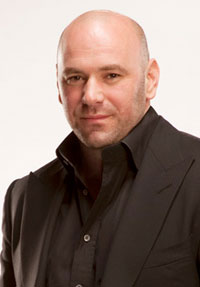 Now you can play UFC Undisputed 2010 on your IPhone (or IPad if you bought one, you yuppy)
Read Next Post →
Click here to cancel reply.