Cannonier returned to the win column with a unanimous decision victory over Gastelum in the UFC Vegas 34 headliner.

Cannonier drops Gastelum a huge right hand! Gastelum blocks a head kick soon after and somehow keeps his composure. Gastelum clinches Cannonier and has him against the fence. Cannonier separates with a knee on Gastelum. Gastelum catches Cannonier. Gastelum shoots for a takedown but Cannonier defends easily. The action has slowed down a bit. Gastelum puts some pressure to end the round.

Clear round for Cannonier.

Hard to score but probably 3-1 to Cannonier.

Both fighters look to end the fight strong as they are active. Gastelum eventually goes for the takedown and gets Cannonier down. Cannonier gets to his feet but remains clinched against the fence. They separate and return to striking. Gastelum is the more active striker and seems to have timed a takedown well. However, Cannonier defends and separates. Cannonier complains of an eye poke and it seems to be bothering him. Cannonier remains composed and ends the round with a knee on Gastelum.

💥 @KelvinGastelum starting to find his range in the 2nd! #UFCVegas34 pic.twitter.com/EOeTyDgYeK

It's back in the win column for @KillaGorillaMMA at #UFCVegas34 🙌 pic.twitter.com/kPJLVHwl91 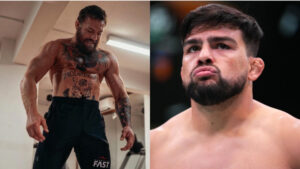 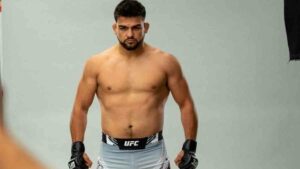 Video: Kelvin Gastelum Shares Horrific Footage of Tooth Being Stitched Back On 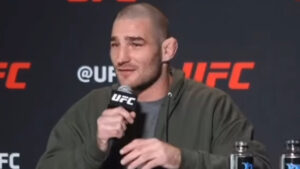 Sean Strickland Blames Judges For UFC Vegas 66 Loss: ‘Do You Ever Feel Bad For Robbing Guys’ 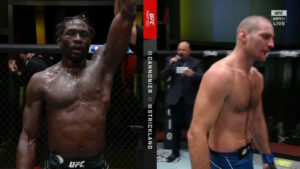 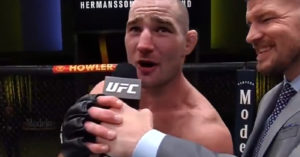