Gabriel Gonzaga vs. Junior Dos Santos in the works for UFC 107 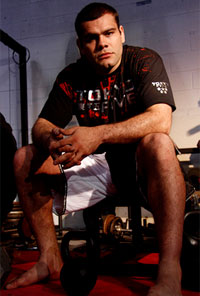 Between the time when the oceans drank Atlantis, and the rise of the sons of Aryas, there was an age undreamed of. And unto this, Junior Dos Santos, destined to wear the jeweled crown of Aquilonia upon a troubled brow. It is I, his chronicler, who alone can tell thee of his saga. Let me tell you of the days of high adventure!

Oh wait that’s the opening for Conan the Barbarian except I just replaced ‘Conan’ with ‘Junior Dos Santos’ in an attempt to look cooler than what I really am. Damn.

Fighters.com is reporting that a source to both camps have confirmed that Gabriel Gonzaga will be trying his best not to kick Junior Dos Santos in the testicles in their upcoming bout which looks to be slated for UFC 107. If you’re not familiar with Junior Dos Santos, he’s the same dude that made Cro Cop want to hang himself in his Dallas hotel room after Mirko’s UFC 103 loss. Dude has an impressive record of 10-1 with two of his victories coming from two guys with the last name ‘Santos’. Dos Santos has beat dos Santos. Actually, one ‘Santos’ has a full name of Geronimo dos Santos so technically dos Santos has defeated tres Santos. All those years of watching Univision on a Saturday morning solely for Caliente has finally paid off. [Source] 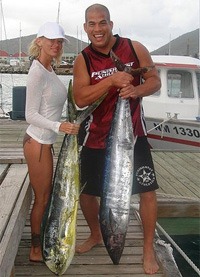