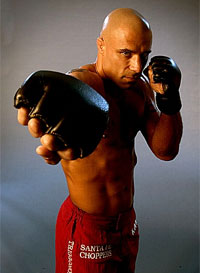 Before Frank Trigg even got off the stage at the UFC 103 weigh-ins, dude already twittered (twatted?) everyone with ‘So how did I look?’. Trigg knows his social media about as well as I know how to throw Tobasco sauce on pizza then complain about it when it’s too hot. This time last week, everyone was spazzing out because it was reported that Triggonomics was being dropped by the UFC over his UFC 103 lost to Koscheck. The UFC eventually let Frank stay in the UFC but now a report from Heavy.com states that Trigg being dropped was entirely due to his involvement in EA Sports MMA.

The real reason Frank Trigg was dropped from his UFC contract and then quickly undropped? Dana White was furious when he found out Trigg was a part of the upcoming EA Sports MMA video game. White had decreed no one who had signed with EA, in competition with his own UFC games, would ever fight for his promotion.

When he found out about Trigg, White was livid. Cooler heads prevailed, but look for Trigg to get another tough fight. If he loses again, he’s gone.

Bladow. Frank Trigg confirmed for EA Sports MMA. Hopefully, we can get a ‘Dress your own fighter’ option so we can play Ken/Barbie and cloth him in his own fashion line which is named after the one subject that I nearly failed in high school. [Source] 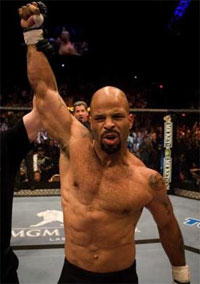 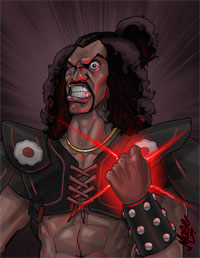