Francis Ngannou is focused on a rematch with Stipe Miocic, but he would be down to fight Anthony Johnson sometime 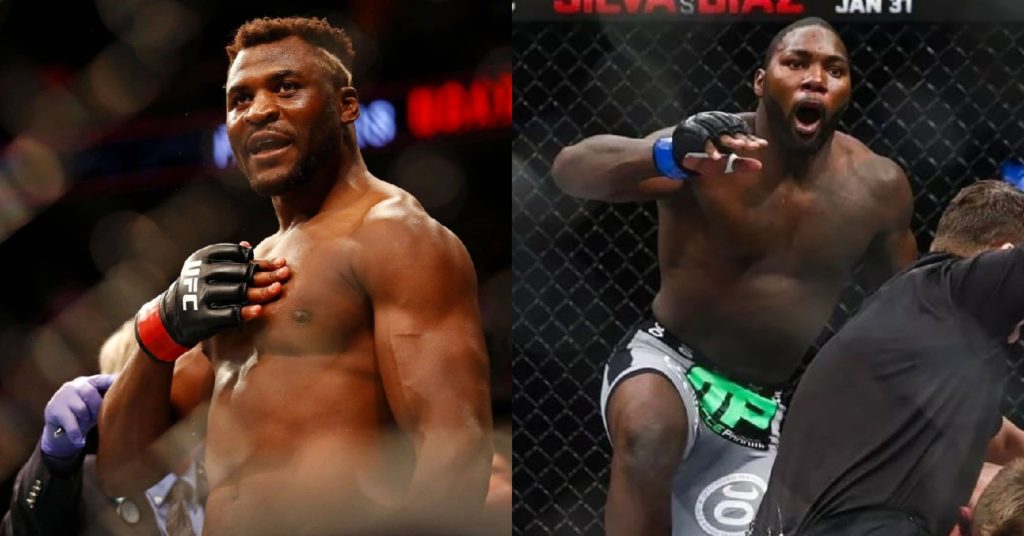 From the moment we saw the massive, then-retired Rumble Johnson, there has been fascination with the idea of him fighting Francis Ngannou. While Francis is focused on getting a title shot right now, he would be more than willing to fight the former light heavyweight title challenger.

If you know anything about MMA, it is that Ngannou is the scariest puncher in the entire sport. If you know a little more than that, you would remember a time where that honor went to Anthony Johnson. So with the news that Johnson was making his return to competition, and debating which weight class he would compete in, fans were hopeful to see these two big power punchers face off. After all, they’ve had very similar careers, in that basically the only people that did not get brutally knocked out by them were their division’s champions.

It seems that Francis Ngannou is actually quite interested in the prospect of fighting Anthony Johnson. Speaking in a recent interview, he explained that he is currently focused on trying to get a rematch with Stipe Miocic, a fight that he is expected to get early next year. However he would be down to fight Johnson when he returns, even if it means it is for the title.

“Yeah, I would be very interested in that fight,” Ngannou said. “Rumble Johnson is a guy that I respect a lot. I know him as a person, and I admire him as a person. It would be great to share the Octagon with him, no matter if it’s for the title or not.

“Even beyond Rumble Johnson I still have some dreams and some aspirations,” Ngannou continued. “But I have stay focused and realistic, and deal with the situation right now. Obviously that question has popped up before, and I would be down for that fight. It would such a great fight, and it would be such an honor to fight Rumble Johnson.”

Would you be interested in seeing a fight between Anthony Johnson and Francis Ngannou?