Since we’re in the middle of verifiable combat sports orgasm with Invicta FC, UFC, ONE FC — and for those kickboxing fans, Glory World Series, we thought it would be appropriate to have yet another impromptu contest on MiddleEasy to award you guys with a surplus of even more free goodies.

Carlo Prater will be fighting Marcus LeVesseur tonight at UFC on FX: Browne vs. Bigfoot and before we all witness his third fight in the UFC, we’re going to give away some of his personal signed goodness. Carlo Prater is handing over two of his signed gloves from RevGear and all you have to do is the following:

Just before Prater’s UFC on FX fight tonight, we will select a winner at random from everyone that follows @TheOneMMA and tweets #FreeCarloPrater to him. Now go out there, take these free signed MMA gloves — they’re yours! 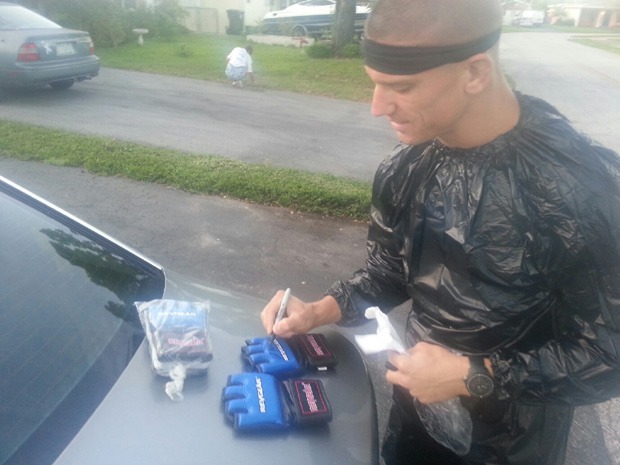