We know you’ve been salivating over this morsel of footage the entire night. You’ve probably neglected a few friends, even threw a temper tantrum or two. It’s cool. We were all a little on the edge today waiting for evidence of the Strikeforce Heavy Artillery weigh-ins. Even Strikeforce’s official website took a nap on us today. If you tried visiting Strikefore.com in the past few hours, you were probably greeted with an ‘Account Suspended’ page. It looks like it wasn’t a case of Scott Coker not paying the web bills but throughout the day, the site received so much traffic that it temporarily crashed. Come on Strikeforce. Been there, done that, even have the illegitimate child to prove it.

Check out MMAFighting‘s weigh-in video and most importantly, check out the stare down between Bigfoot and Andrei Arlovski. Someone is getting knocked out tomorrow night and it just may be the guy with the blue Toyota Camry on my street that hit my parked car and doesn’t wait to admit it. Dude, I know it’s you. [Source] 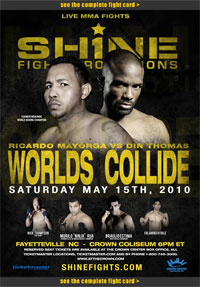