Finally, the full ONE FC: Pride of a Nation card has been released, well almost…

Everyone has an opponent for ONE FC: Pride of a Nation except the Baka Survivor himself, Shinya Aoki. Actually last week I had a dream that Shinya Aoki was cast as Luke Cage in an underwater Iron Man sequel. In the Marvel Universe, that casting would make no sense but upon closer observation, it would make complete sense. Nick Fury changed from a middle-aged, chain smoking Irish guy to friggin’ Mace Windu in the course of only a few years. I guess in this scenario, Shinya Aoki’s August 31st opponent, would be like Big Ben Donovan, Luke Cage’s archenemy who is described simply as ‘lawyer and professional criminal.’ Both characters had their first confrontation back in Hero For Hire #14, and the comic book cover should have its own exhibit in the Louvre. If the internet existed back in 1972 when this issue was released, it would also come with a handy well-manifested fight card. Sort of like this official fight card released by ONE FC. Unfortunately Shinya Aoki doesn’t have an opponent, but if ONE FC doesn’t have a fighter-share deal with Bellator, then it could easily be Mongolia’s Jadamba Narantungalag, Antonio McKee, Brian Cobb, or Peru’s Luis Palomino. 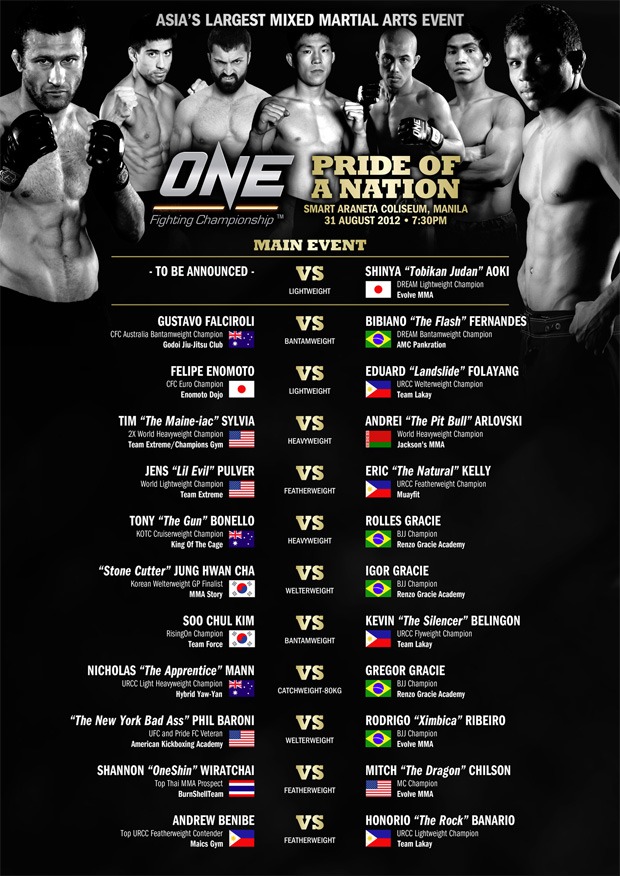 Hey, let's not forget Forrest and Chael fought back in 2003
Read Next Post →
Click here to cancel reply.