Deiveson Figueiredo Wants To Be More Valued By UFC, Would Like PPV Points

Not every champion has received pay-per-view points since the UFC's deal with ESPN commenced in 2019. 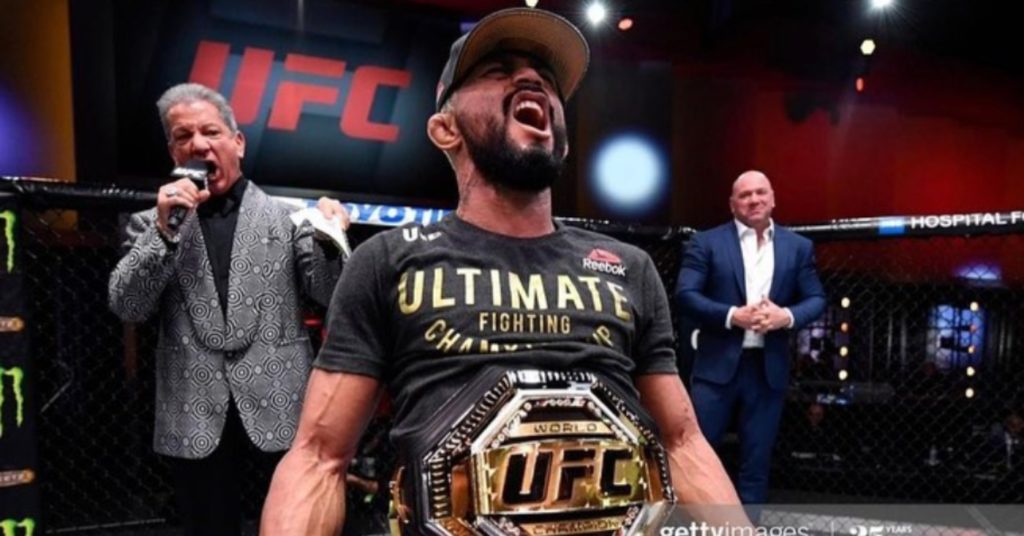 Figueiredo enjoyed a breakthrough year in 2021 where he became the flyweight champion and went 3-0-1 overall in four outings.

His most recent one was a majority draw with Brandon Moreno in the UFC 256 headliner last month in what was one of the greatest fights in promotional history.

However, because of the result, Figueiredo — along with Moreno — didn’t earn any win bonus. That would have been fine if the Brazilian was earning pay-per-view points which wasn’t the case.

“I won my show money, the [Fight of the Night] bonus, but I haven’t gotten an extra — but I would like it,” Figueiredo told MMA Fighting. “I want the UFC to at least have me make some pay-per-view [points].”

Figueiredo Wants To Be More Valued

It was common for champions and headliners to earn pay-per-view points in the past.

That was until the UFC’s partnership with ESPN which commenced in 2019 where that’s reportedly not the case anymore or at the very least, much harder to do.

And it appears Figueiredo isn’t earning any despite having headlined two pay-per-view events in 2020.

“I gave my all, I love fighting in the UFC,” Figueiredo said. “I went in the octagon to break myself into pieces and give them the fight of the night because that’s what fans want to see, fighters that don’t slow down, that go in for a bloody game. I’m that type of fighter, you know, so I want the UFC to look at me with different eyes, that they give me pay-per-view [points].

“It’s missing some pay-per-view in my purse. If they already add it to this [UFC 256] fight, that would be great, brother, but I would like to start making pay-per-view [money] for my next ones. I deserve this. I love working for the UFC and I want to be more valued, you know?”

He is certainly deserving of it given his all-round performances last year as well as the added interest he has instilled into the flyweight division.