Deiveson Figueiredo remains the flyweight champion after his fight against Brandon Moreno has been judged a majority draw.

Here we are, the main event of the evening. The “God of War” returns to the octagon just a few weeks after his last title defense. Deiveson Figueiredo (19-1) looks to finish the year in style as he faces the number one contender Brandon Moreno (17-5-1).

They're are just trading through the first two 👀 #UFC256 pic.twitter.com/YQ2TjbyWuc

THE LEVEL OF THIS FIGHT 🤯

Figueiredo stuns Moreno but he returns IMMEDIATELY with the takedown. #UFC256 pic.twitter.com/BfvXIYDo4k

WE ARE NOT WORTHY OF THIS FIGHT 🤯 WHAT IS HAPPENING!? #UCF256 pic.twitter.com/WFYWDxLOmY

WHAT A FIGHT! WE ARE NOT WORTHY 🏆 #UFC256 pic.twitter.com/2HRN9eBhtz

Took the champ to the deepest waters possible. 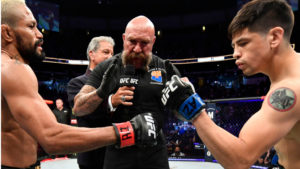 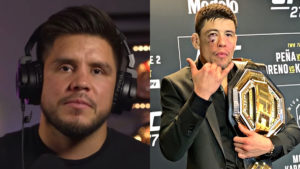 Henry Cejudo Doesn’t See Any Improvements From Brandon Moreno: ‘It’s The Same Brandon That Left His Coach In Mexico’ 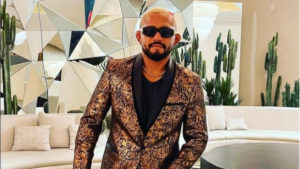 Deiveson Figueiredo Says He Will “Definitely’ Defend the Flyweight Title 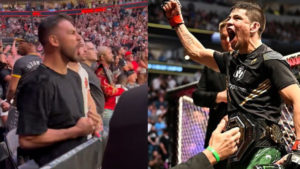 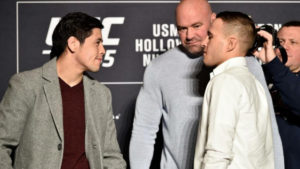 Moreno: First Kara-France Fight Was For Acceptance, Second For Legacy 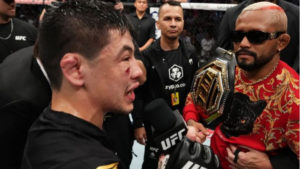