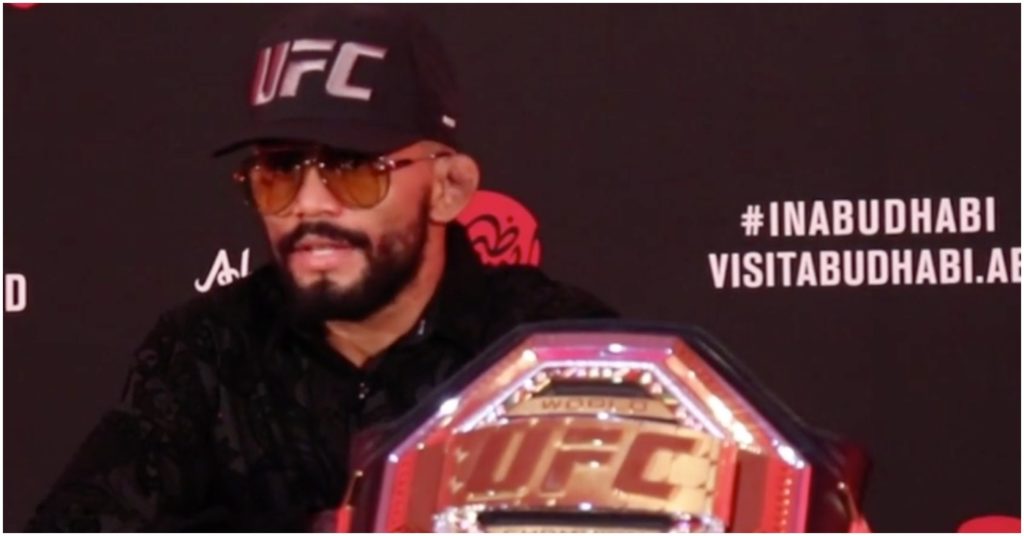 Deiveson Figueiredo has big plans now that he is officially the UFC flyweight champion.

With that, the division can finally move forward following the reign of Henry Cejudo who last defended the title in January 2019 before later vacating it. Figueiredo, however, doesn’t plan on following Cejudo’s footsteps.

While he is open to a super fight — especially if the UFC gives him one — as well as becoming a two-division champion, he also plans on defending his flyweight belt a number of times.

“I will accept a super fight if they want to give me one,” Figueiredo said via his translator at the post-fight press conference. “I’ll move up to 135. I want to be a two-division champion but I’m going to defend this belt as well.”

Figueiredo: Fans Want To See Me Against ‘Mighty Mouse’

While “Mighty Mouse” is no longer at the promotion as he is currently at ONE Championship, should the UFC ever decide to bring him back, Figueiredo would love the opportunity to face him.

That said, “Deus da Guerra” only sees that fight going one way.

“That’s definitely a fight that all the fans would want to see — me against Demetrious Johnson,” Figueiredo added. “But if the UFC wants to bring him back, I’m going to be very happy. I’m going to knock him out and with a lot of pride and I’m very happy to do that.”

Hopefully, that is a fight we all can see in the near future.