Felipe Enomoto and Zorobabel Moreira Square Off for Lightweight Supremacy at One FC: War of the Lions

One FC: War of the Lions will feature two Lightweights clashing in the main event who have already had success in the One FC cage. Zorobabel Moreira used his superior height and his muay thai skills at One FC: Champion vs. Champion in September to stop Andy Wang in his One FC debut, while in February at One FC: Battle of Heroes, Felipe Enomoto submitted Ole Laursen in the second round in his debut. In the short history of One FC, having both men square off against each other seems not only logical, but natural, as each man is looking to prove themselves as the ace of One FC’s Lightweight division. 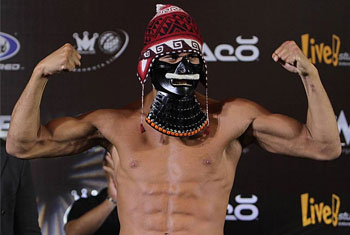 Felipe Enomoto is a Swiss native with an interesting heritage of Swiss and Japanese Peruvian, bridging multiple gaps across the world. Enomoto was an interesting inclusion for One FC as he fights out of Switzerland but has fought all over the globe in his ten fight MMA career so far. He is the very definition of a prospect in MMA, as he has impressive wins and a few disappointing losses, but shows no signs of slowing down in his career. One FC saw the potential in Enomoto and scooped him up, with Enomoto delivering big in his debut against another prospect, Ole Laursen. Enomoto showed off his grappling skills against Laursen, with his rear naked choke victory against the well-seasoned kickboxer. Now, just over a month and a half later, Enomoto will take on a giant of a man in Moreira, giving up almost half of a foot to him. Enomoto will have to break out his muay thai skills for this fight and bring the fight in close against Moreira where his reach advantage will be a disadvantage, and if it gets to the ground he has to be aware of Moreira’s long legs.

Zorobabel Moreira, known as “Zoro” to much of the world has, in a rather short MMA career to date, spanned three weight classes, starting out as a Middleweight and now finding his home at Lightweight. The Brazilian is best known for his brazilian jiu jitsu skills, which earned him his first two victories before Chatri Sityodtong of Evolve MMA invited Zoro to join the Evolve MMA team in Singapore. Since joining Evolve in 2009 his skills has flourished, with him looking to earn his second victory at One FC in the Lightweight division. Zoro stands at an amazing 6’3” for a Lightweight fighter, giving him a height and reach advantage against just about everyone within the division.

One FC fights gets to realize their proof of concept here, as two fighters who could be considered as “home grown” will clash against each other after scoring impressive wins in their respective One FC debuts. One has to assume that somewhere shortly down the line that One FC will be introducing their own championships, and when they do, a win here for either man will put them into that title picture almost immediately. So, for both Filipe Enomoto and Zorobabel Moreira there is a lot on the line at One FC: War of the Lions, with one man moving up the ladder in One FC and making an argument for being the top Lightweight in One FC.

Editor’s note: Felipe Enomoto speaks like he craftily hid the bodies of every one of his opponents inside of his basement. Check out this video we shot directly from Singapore of the two fighters talking about their upcoming match-up.

Melvin Manhoef and Toshiyuki Nakanishi talked to us about their upcoming fight in this very nice video
Read Next Post →
Click here to cancel reply.