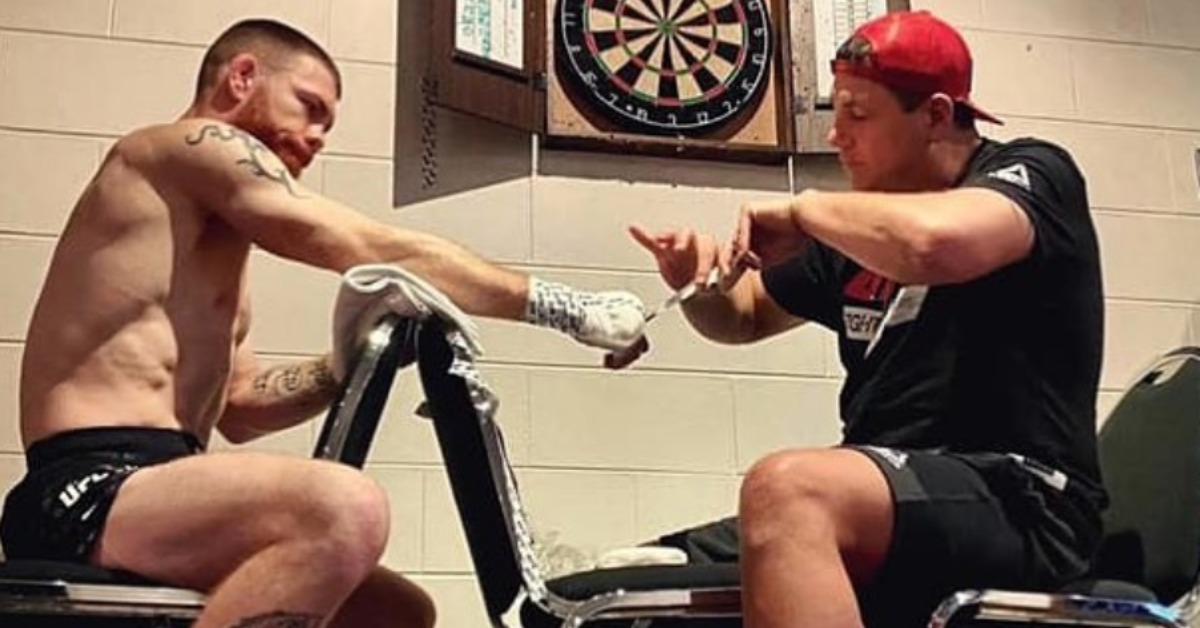 Roufus Not Happy With MMA Judging

Felder suffered a split decision defeat to Dan Hooker at UFC Auckland this past weekend after a back-and-forth 25 minute war. Although the hometown crowd erupted at the decision, many observers felt Felder should have come away with the victory.

Judging has been a major topic this month — especially after UFC 247 — and Roufus feels they should be made accountable for their scoring.

“I don’t have much confidence anymore in judges,” Roufus said on The Luke Thomas Show. “All these kids, when things don’t go well for them and they have a bad performance, they’re expected to go to the press conference and give all their answers, all the reasons. Guys like you call me up after a fight and good, bad, or indifferent, I answer your questions as painfully as they are sometimes when we crap the bed as a team. Whereas all the referees and judges, they get to vanish into thin air.

“In Israel last year — I’ll give you an example — Emmanuel Sanchez vs. Pitbull [Patricio Freire], all three judges scored the third round for Pitbull and now I asked them, ‘do takedowns matter in the unified rules of MMA?’ They said, ‘no they don’t.’ Then I said, ‘why did all three of you judges score that round for Pitbull?’ ‘Well, the takedown was the end of the round.’ But you just said that takedowns don’t matter — especially that one. He took Manny down and then held onto him for 30 seconds at the end of the round where Emmanuel Sanchez had outstruck him the rest of the round and there was no wrestling or grappling the rest of the round. One of the judges was grateful enough to at least listen to my opinion. The other two judges got upset with me and they told me they don’t need to listen to my sh*t and they took off. So, that’s the problem here with judging, my friends.”

When asked what could be done about the state of judging, Roufus offered a number of solutions. He also added that Felder missed out on $82,000 in prize money because of the judging at UFC Auckland.

“We’ve got to make a better stance on this,” Roufus added. “One, I think there should be five judges. Two, I think there should be up-to-the-year updating. Three, judges watching — don’t be fans of the sport, be students of the sport. That’s the problem I think with the judges. When judges make mistakes, they get to home with the same paycheck. Guess what? Paul Felder and his family lost $82,000 because of the judges. That’s a considerable income. Do I think he’s worth more than that? For sure. but at the end of day, that’s $82,000. That’s a lot of milk money.”

🔊 "When the judges make mistakes, they go home with the same paycheck…Paul Felder and his family lost $82,000 because of the judges."- @coachdukeroufus discusses the problems with MMA judging@lthomasnews

Do you agree with Roufus?