It’s a love story as old as time, when a fake internet impersonator hits on a verified celebrity the world watches with their mouths wide open. Through sheer will and determination the MMA world keeps pulling Sage Northcutt and Paige VanZant closer together. Sure maybe, Sage is only into redheads and Paige has an unpinned attraction to European men with dark hair but a MMA power couple still could happen, right?

The latest example of destiny bringing Sage and Paige together is all thanks to a Twitter troll with not one but two “Hs” in his username. It all started with an innocent tweet from VanZant, thanking the MMA world for supporting her run to a Dancing With The Stars finals appearance.

From my bed to yours.Thank you so much for all the support on all my endeavors. Would not be here without my fans. 💕 pic.twitter.com/qMmPcBfUiB 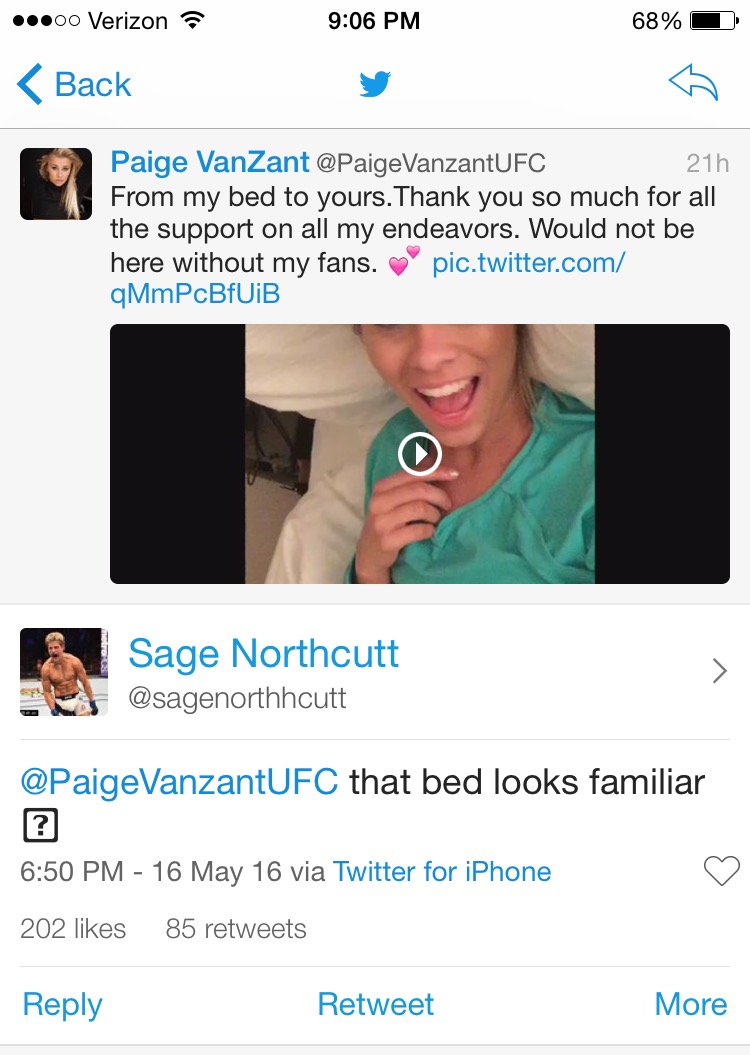 And every diehard MMA who still believes in true love, Hollywood rom-com endings and finding The One tossed their pants in the air to celebrate. So here’s MiddleEasy.com’s The top 10 fan reactions to
Fake Sage flirting with real Paige.

Unseen video surfaces of Conor McGregor sparring for Mayweather. And he’s getting boxed up?
Read Next Post →
Click here to cancel reply.