You’ve selected Fabricio Werdum. Arena? Quicken Loans Arena in Cleveland, Ohio. Choose your destiny! Word, okay, my destiny is to fly across this Octagon and kick this Travis Browne dude in the face my first move of the fight. And that’s exactly what Werdum did and that’s exactly what Browne did not expect. Werdum almost knocked Browne out in what would surely be record time with his Mortal Kombat move. Luckily, Coach Edmond taught Browne a way to channel his damage, but unfortunately the reverberation from foot-to-face actually exploded Browne’s finger. 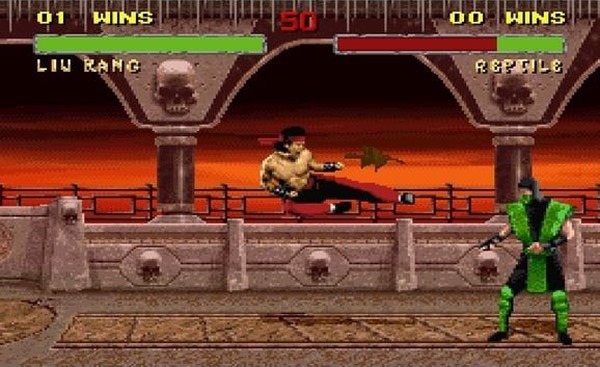 I’m actually surprised that guy didn’t pop out from the corner of the screen and yell “toasty!”. That was a miss there by UFC’s production truck. It was also a miss not to just show replays of that kick from every angle possible instead of the rest of the fight. However, if we didn’t have the rest of the fight, we wouldn’t have had a brawl almost break out. Right as the fight ended, Player 2 pressed start and Coach Edmond walked over to Werdum. Edmond most likely wanted to give Werdum some pointers, but he got teeped instead.

Turns out, Werdum actually has a habit of using his “secret move” and has used it the exact same way in the past. Watch out, Stipe Miocic or Alistair Overeem, or any Heavyweight who fights Werdum next. Although, I’m pretty sure Werdum fights Goro next.