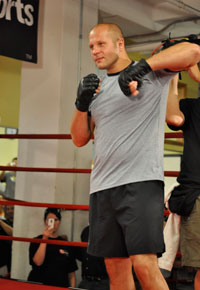 After Robert Oppenheimer witnessed the detonation of the hydrogen bomb, a weapon he created, he humbly approached the press and said:

“We knew the world would not be the same. A few people laughed, a few people cried, most people were silent. I remembered the line from the Hindu scripture, the Bhagavad-Gita. Vishnu is trying to persuade the Prince that he should do his duty and to impress him takes on his multi-armed form and says, “Now I am become Death, the destroyer of worlds.” I suppose we all thought that, one way or another.“

Historians have now discovered that he was in fact referring to Fedor Emelianenko, The Baddest Man on the Planet. MiddleEasy photographer Steve Ferdman had the opportunity to witness The Last Emperor in human form and this is what he managed to extract from his expedition:

Check out exclusive pictures of Fedor Emelianenko’s Open Workout and Press Conference only at MiddleEasy.com – Because MMA is Everything. 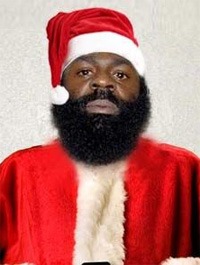