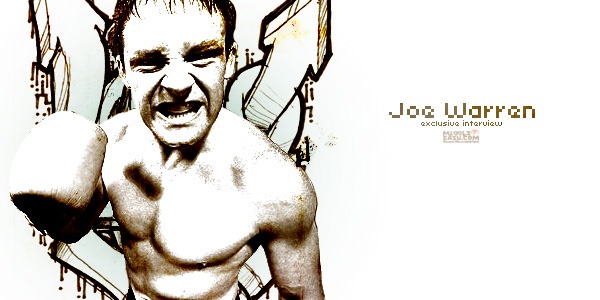 This interview was conducted one hour before Joe Warren had to weigh in for the final event of this season’s Bellator. Joe was vomiting in his locker room from the weight-cut and in the middle of the interview, the guys at Team Quest made him hop on a bike in order to shed even more weight. During all of this, Joe somehow had the patience to put up with our ridiculous questions and for that simple fact alone, we will forever be rooting for him. The next day at the Bellator featherweight tournament finals, Warren managed to claim a split-decision win over Patricio Pitbull handing him his first loss in his six year career. We would like to think that without our interview the day before, none of this would have been possible. It’s all about us, at least that’s what our parents told us back in the day. Check out our timely interview with the 2010 Bellator featherweight tournament champion, Joe Warren, conducted by Rachel only at MiddleEasy.com – Because MMA is everything.