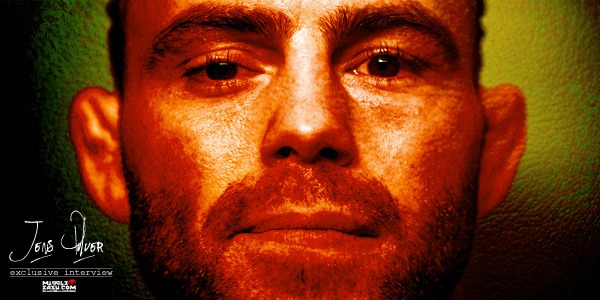 Regardless of who your favorite fighter is, Jens Pulver banged against them back in the day and even grabbed wins over BJ Penn, Caol Uno, Rob Emerson, Joe Daddy Stevenson, Gilbert Yvel’s trainer John Lewis and Dennis ‘Superman’ Hallman. He’s led a life that we all are incapable to lead, which technically makes him more of a man than you. If you’re a woman, just pretend you’re a man who’s never experienced the taste of his own blood in this scenario. It’ll work, just use your imagination. Lil’ Evil is a codename for ‘Everything you’ve ever wanted to be, but were too afraid to accomplish’. That’s why Jens Pulver is the only person that deserves to rock such a moniker and he will continue to do so from now until the earth ceases to rotate. Check out this exclusive interview of Jens Pulver conducted by J. Nawara only at MiddleEasy.com – Because MMA is everything. Props to Davi Russo for the photography.

She’s the only wife I know of that sees a camera and runs in the opposite direction. But yeah man, it’s different like with my daughter who lives in Arizona, it’s tough. I only saw her for four days and I just don’t know, I never see her, but my son I see every day. I wish he wanted to play a game with me. Because of that separation, I have two completely different kids: one that I see all the time, one I talk to on the phone.