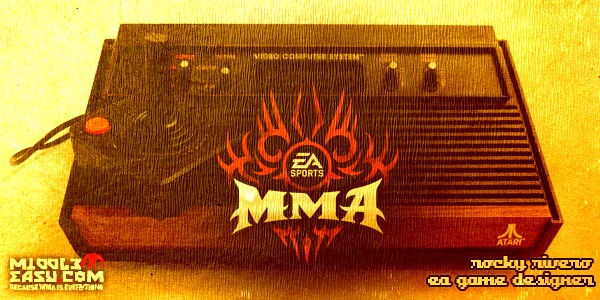 Props to EA’s PR department for putting up with our persistent requests of getting a pre-alpha copy of EA Sports MMA sent to us so we can destroy it in stunning fashion. In exchange, they gave us EA Game Designer, Rocky Rivero, to destroy while LCD soundsystem plays in the background. Instead, Jay asked him every question he could about the upcoming EA Sports MMA game and published it for all of you guys to drool over.