Eric Kelly Looking For a Huge Win Over Jens Pulver at One FC: Pride of a Nation

What can really be said about Jens Pulver that hasn’t been stated already? The 37 year old fighter has nothing left to prove to anyone, but his warrior spirit has yet to die down. Jens has decided to make his debut for ONE FC at ONE FC: Pride of a Nation and he does so against an undefeated man seven years younger, Eric Kelly. This is Eric Kelly’s third ONE FC bout, with him serving as the welcoming committee for the former UFC Lightweight Champion into the ONE FC’s Featherweight division. 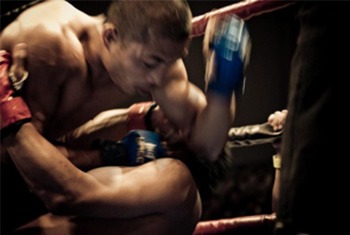 Jens Pulver is a fighter that has seen the highest of highs and the lowest of lows in the MMA world, has been the subject of some of the most compelling books and documentaries ever made in the MMA world and at this point should have nothing left to prove. For Pulver, having nothing left to prove doesn’t mean that it is time for him to stop fighting, it just means that he continues to fight as that is what he knows best, and that is what has gotten him this far in life. Pulver has fought in the UFC, PRIDE, WEC, IFL and many other organizations, fighting all over the world and can even call himself the first man to ever hold the prestigious UFC Lightweight Championship. Hell, Pulver is even one of the few men at Lightweight to ever beat former Lightweight and Welterweight Champion BJ Penn. Like I’ve been saying, Pulver has nothing left to prove.

Eric Kelly is a tough opponent for anyone at Featherweight, with an impressive undefeated record spanning seven wins, with six of them coming by way of submission. It was Bae Young Kwon at ONE FC: Destiny of Warriors that was able to hold on for the whole three rounds, ending Kelly’s submission win streak, but was unable to overcome Kelly and ultimately losing the decision. It is safe to say that Kelly’s submission skills are his strong point, as we’ve seen them on display so many times now, but don’t be fooled by that, as his wushu skills lead to some impressive stand up on his part as well. While Jens Pulver has worked on his submission skills over the past few years, his muay thai will always be his bread and butter, and his best hope against a submission expert like Kelly, although Kelly’s stand up might itself be too much to handle.

This should be a truly interesting bout at ONE FC: Pride of a Nation, as Eric Kelly is looking to pick up a win over Jens Pulver and use it as a feather in his cap, while Jens Pulver is looking to simply keep fighting until he can fight no more. Pulver, though, is not looking to become a stepping stone for anyone, and will come to the ring ready to throw down and head home with yet another victory in yet another organization if Kelly isn’t careful. Can the legend of Pulver persevere, or will Eric Kelly’s submission skills claim another victim?

Don Frye will star as a crippled action hero in his next film, and we have the trailer right here
← Read Last Post

Let's see what the sage Pat Miletich has to say about the Jon Jones situation
Read Next Post →
Click here to cancel reply.