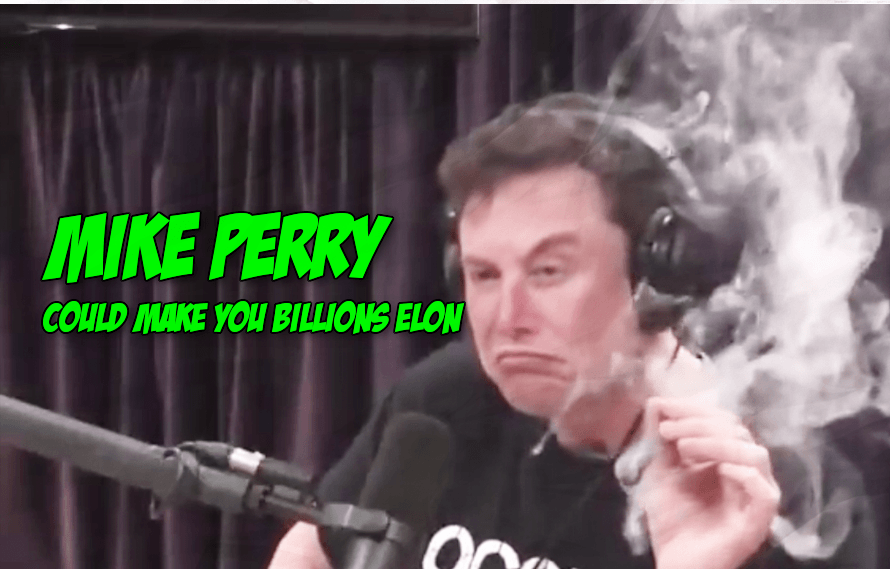 So Elon Musk, Joe Rogan and Mike Perry walk into a podcast. Yesterday (Sept. 6) Musk smoked weed and drank whiskey with Rogan on the JRE, then the world flipped out about.

Wait, extremely rich people smoke weed? You’re telling us very smart people smoke weed? We can only imagine what kind of next level drugs wealthy geniuses rock behind closed doors but the world wants to freak about lighting up a little cannabis?

Good for Rogan. And good for our new science dude Musk.

Let’s check in with the stock market for Friday, Sept. 7 AKA the morning after Tesla CEO Elon Musk smoked weed with Joe Rogan. From CNBC

“Shares of Tesla plunged as much as 9 percent Friday after news of a pair of C-suite executive resignations and a bizarre video showing CEO Elon Musk smoking pot on a podcast, capping a tumultuous month since Musk launched the company into controversy with a take-private tweet.

The stock opened Friday’s session at $260.10 before paring losses slightly. Shares were roughly 7 percent down after the first hour of trading, closing down 6 percent. It extends a painful week for the automaker. As of Friday’s close, the stock lost more than 11 percent on the week.”

If nothing else, Tesla stock should be going up because Musk proved he’s chill as hell and is not in fact an alien.

Let us go to Mike Perry for the final word on this entire situation.

Yo so Tesla guy lost millions for smoking weed. Doubt it hurt him too bad but damn. Always gets worse before it gets better. He probably gonna make a car that runs on weed now and make billions

This is how we know Mike Perry is an extremely intelligent dude with an unreasonably high IQ, who is just playing a character in public. He just referred to Musk as ‘Tesla Guy’ and we are weak. Dead. LOL.

Another bread crumb that Perry is the greatest actor of our generation? How off brand is it of him to be tracking the stock market on a Friday morning?

You know what? Makes sense. Platinum Perry is out here solving the world’s problems with Elon Musk, we believe it.

Check out another Rogan vs. Musk clip below.