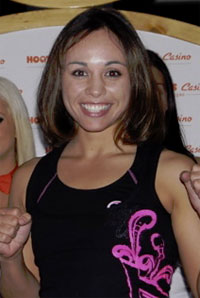 The best thing about hot chicks is they’re usually undefeated at anything they do. A hot chick has never failed to get me to buy them that $8.50 shot of Jaggermeister at the bar. Hot chicks are undefeated at giving me their phone numbers only to text me the next day to tell me ‘they’re kinda seeing someone’. I’ve never been able to defeat that. Elena Reid is another hot chick that is undefeated at being hot and has a perfect record in MMA (4-0). One of her more notable fights was against Michelle Waterson this time last year (in fact, exactly this time last year), and she TKOd her! A hot chick TKOing another hot chick. That’s like Superman arm wrestling Wolverine. If you saw that on the street you would pretty much be forced to say ‘WTF’ followed shortly by ‘That’s the coolest thing I’ve ever seen in my life’.

OTM just broke the news that Elena ‘Baby Doll’ Reid has signed to participate in the Bellator women’s flyweight (115-pound) tournament which is scheduled to go down this August. There, now all of you guys have a reason to live for the next few months. [Source] 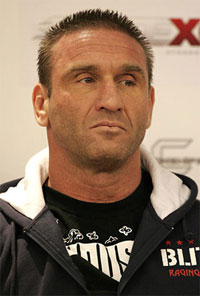