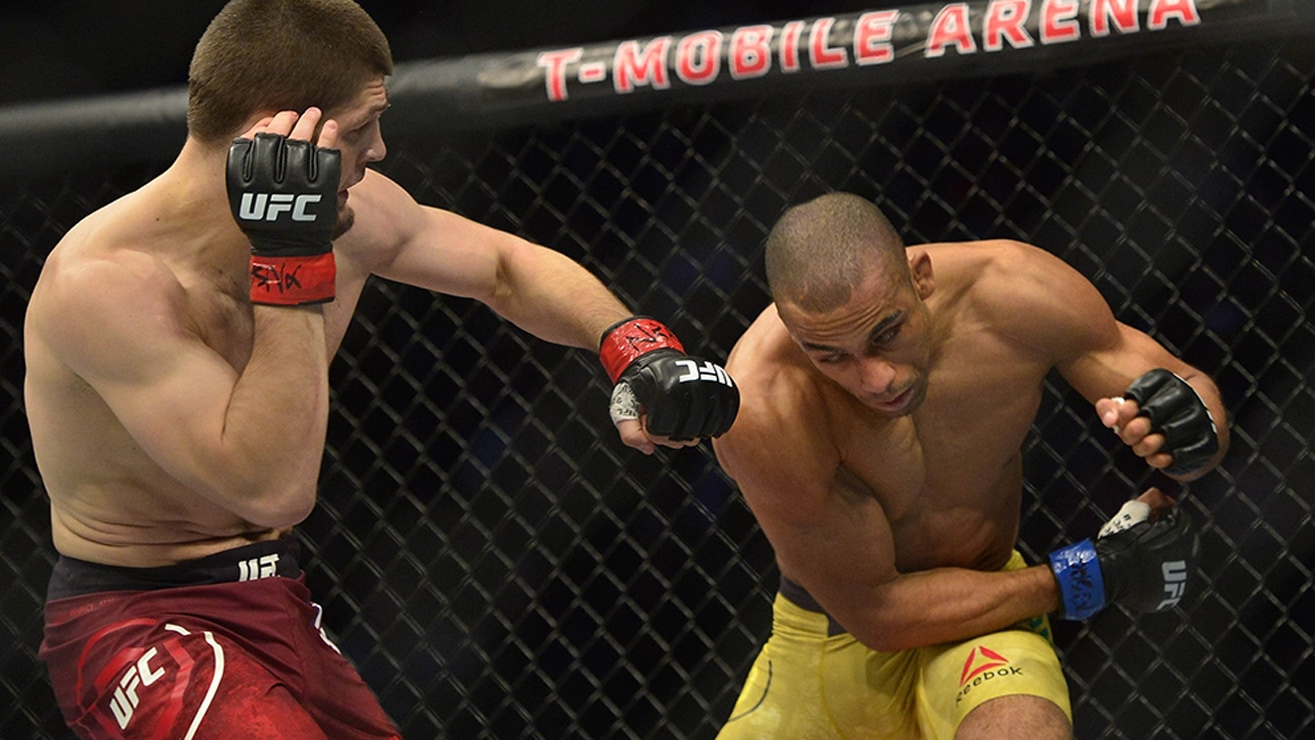 Current UFC lightweight champ Khabib Nurmagomedov is one of the most feared fighters in MMA, who has never tasted defeat in a professional fight and extended his win streak to 26-0 with a recent victory over Al Iaquinta at UFC 223 in Brooklyn. Khabib’s teammate UFC light heavyweight champ Daniel Cormier says ‘The Eagle’s’ “0” is never going to go and this trend will remain throughout his career.

But one top lightweight contender a Brazilian striker Edson Barboza says he is not ready to rate Khabib Nurmagomedov the best 155-pounder in the world.

Edson is currently slated to face Kevin Lee in the main event of UFC Fight Night 128 at Boardwalk Hall in Atlantic City this Saturday.

Barboza is coming off a unanimous decision loss to Khabib Nurmagomedov at UFC 219 back in December. Brazilian went into that bout on a three-fight winning streak. Edson admits that he is still disappointed with his performance and this will not deter him from his long-term goal to become champion.

“I was very upset about the fight,” Barboza said. “I was so mad because I was completely dominated by Khabib. Sometimes something happens and it’s not too good.”

“Right now, I’m back to the gym, I’m fixing some stuff and I promise and I guarantee that’s not going to happen again. I work very, very hard, I feel better than ever. I’m more excited than ever because of that loss.”

Do you think we will see a potential matchup between Khabib and Barboza in future?

Rory MacDonald and Ben Askren are angling for a champion vs. champion fight in Bellator
← Read Last Post