Edmen Shahbazyan is excited for a new start.

The 24-year-old is riding a three-fight losing streak after previously being unbeaten with a 11-0 record.

Two of those defeats saw him suffer brutal TKO defeats with many already counting him out despite his age.

With things not going his way, Shahbazyan decided to switch things up.

First, he decided to get new management with Dominance MMA’s Ali Abdelaziz — who notably manages the likes of Kamaru Usman, Islam Makhachev, Beneil Dariush and many more — now representing him.

And right away, Abdelaziz stood out for Shahbazyan after he called on him to take more time away from the sport.

“When I went for the first time to meet up with Ali [Abdelaziz], he said one of the main things if he signed me was he’s not giving me a fight for like seven or eight months,” Shahbazyan told MMA Fighting. “He just wants me to get work and improve and just get better.

“I love that he said that to me. It just shows he’s caring for you to know that you’re going to be properly trained, properly in shape before I take the next fight. I respect that a lot from Ali.”

The other big change for Shahbazyan was his gym.

The American’s early rise in the UFC was notable not only for his talent, but the fact that he trained and was coached by Edmond Tarverdyan and Ronda Rousey at Glendale Fighting Club in California.

Tarverdyan, who was also Rousey’s longtime head coach, is somewhat of a meme in the combat sports world, so it was all the more surprising to see Shahbazyan find plenty of success early on.

But now, Shahbazyan has moved to Las Vegas and plans on calling the Xtreme Couture gym his new home.

Despite the change in camps, Shahbazyan holds no ill will towards either of his mentors.

“I needed to change,” Shahbazyan said. “It was time. It was definitely time for me. It could have been done sooner but now I’m just happy to be here and get the new work in. I have not talked [to them] since I left. From my end, I have a good relationship [with them]. I don’t have any problem. All respect cause I respect what they’ve done for me but on my end, I’m good.”

“I haven’t talked to [Ronda] in say a few months. I don’t have anything against her, respect from my end. As far as my end, I don’t have no ill will.”

Shahbazyan last competed in November last year when he was TKO’d by Nassourdine Imavov. 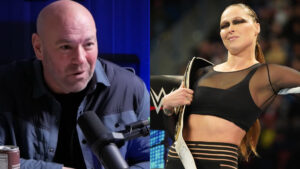 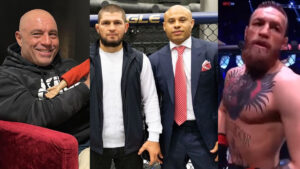 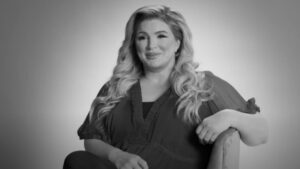 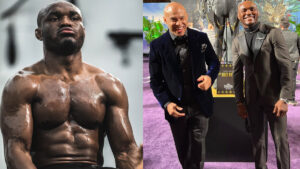 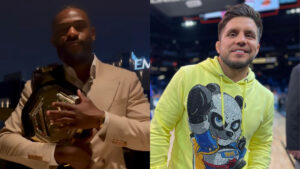