Dustin Poirier Wrapped Up Some Christmas Present For Eddie Alvarez 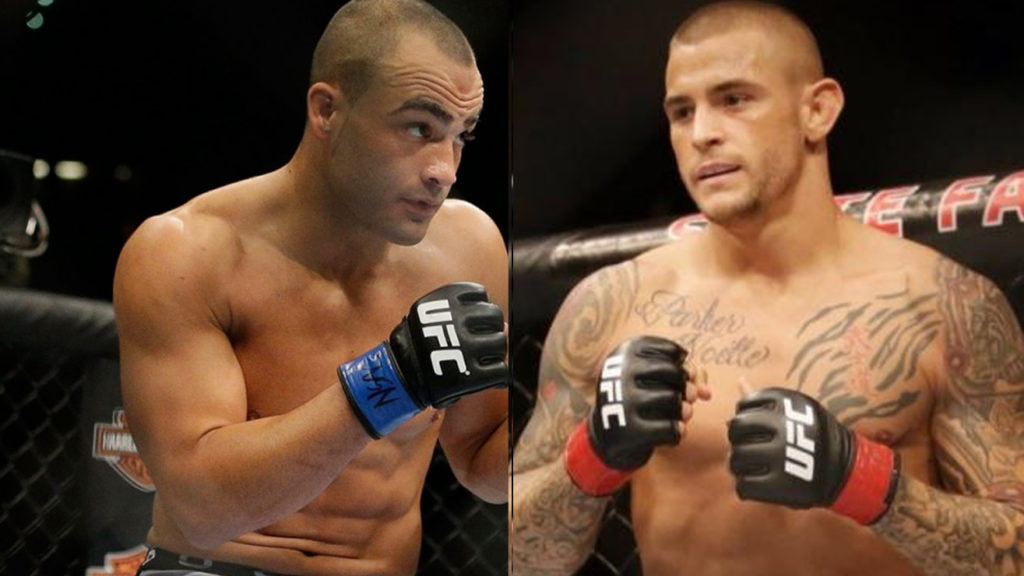 Dustin Poirier really wants a rematch with Eddie Alvarez. There’s just no two ways about it.

Eddie is the only fighter ever to hold both the UFC and Bellator lightweight titles. Alvarez is now most interested in his self-proclaimed Most Violent Fighter belt, for which he made a convincing case with his Fight of the Year-contender win over Gaethje in Detroit at UFC 218. A title that Dustin Poirier wants to force out of his hands. Ever since, he’s continued to lobby for a rematch.

Dustin has done everything he can to get Alvarez to take the fight; now he’s even offered his former opponent a Christmas present. Poirier was recently speaking to MMA Hour.

“Considering what I just did, [giving Dustin Poirier a rematch] would the silliest thing I could do. They put me up against an undefeated rising star and they were going to give Justin Gaethje a title fight if he beat me. It didn’t happen, knocked the guy out, he’s never been beaten in his life. I respect Dustin’s push, he’s doing his best job, but it’s like […] it’s all for nothing. It would be silly for me to go backward and look at that guy. I am looking the same way he is looking. I am looking forward at Tony Ferguson, we are keeping an eye on the Khabib [Nurmagomedov] and [Edson] Barboza fight and I am trying to help Edson whoop on Khabib.”

Poirier is speaking about the no-contest declared in his meeting with Alvarez in May at UFC 211. Alvarez landed a trio of illegal knees against Poirier in the second round, but the blows were ruled accidental, and no winner was declared. Poirier later appealed the result to no avail.

Poirier wants for Christmas is a deal signed by Eddie Alvarez, but after a Fight of the Night win over Justin Gaethje, Alvarez is not looking back.

Alvarez said he has one fight remaining on his current contract following the memorable win over Justin and is looking forward to getting a juicy new UFC contract.

Do you guys think Dustin Poirier will ever get a rematch with Eddie Alvarez?

A Lesson in Street MMA: Did that dude just get KO’d with a slap while in line at 7-Eleven?
← Read Last Post

Pic: Kid fan of Forrest Griffin writes him a letter then asks him to sign a Spider Silva KO card
Read Next Post →
Click here to cancel reply.