Dustin Poirier Shares His Worst Weight Cut Ever, Dropping 30lb In One Week 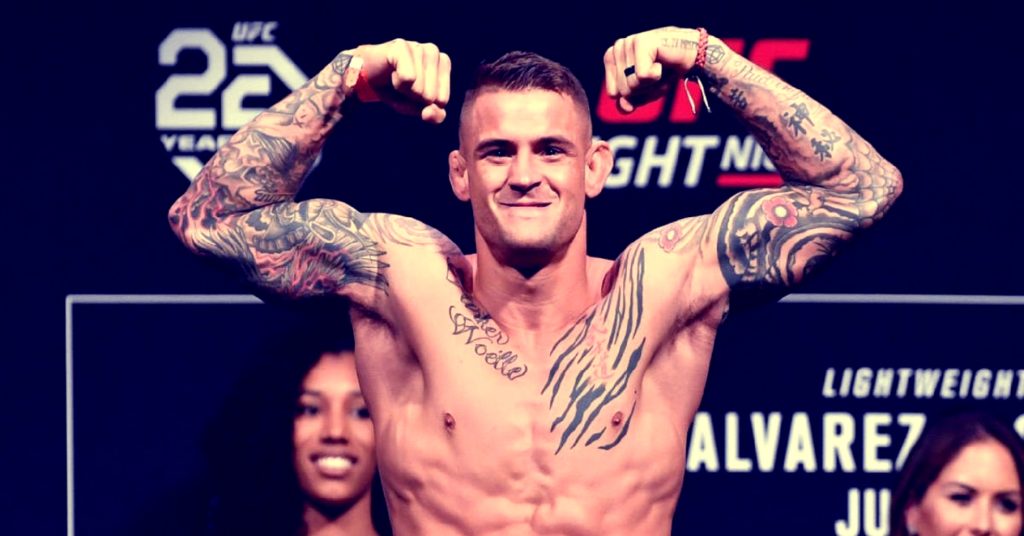 Nowadays most people forget that former interim lightweight champ Dustin Poirier started his UFC career as a featherweight. However he has not forgotten, and he remembers precisely which weight cut made him reconsider fighting at this weight.

In all honesty, few people have faced the insane amount of killers as Poirier has. His resume is filled to the brim with people like Conor McGregor, Max Holloway, and Justin Gaethje, with the only person on that list that he has lost to being McGregor. He had a decent run at featherweight, but it has been in his jump to 155lb that his skills have really begun to shine.

Considering the fact that he eventually stopped doing it, it is safe to say those weight cuts to 145lb were brutal for Dustin Poirier. Speaking recently with TSN, he actually recounted just how difficult some of his cuts were. Looking back, he reflected on a time that he weighed 176lb at the start of fight week, needing to drop a whopping 30lb by Friday’s weigh ins.

“The biggest in the amount of showing up fight week, was when I fought Cub Swanson in London. I showed up, and of course I was drinking a lot of water and stuff. I was 176lb and I made the 146 limit that same week,” Poirier explained. “I was (back up to) 176 whenever we fought, but I felt it. It was too much water, I felt flat footed and kinda bloated. That’s not good for you, man.”

UFC 178 was six years ago today and it was the last time that Dustin Poirier fought at featherweight after suffering a 1st round TKO loss to Conor McGregor.

I spoke to Poirier prior to his bout with Dan Hooker and he told me about his crazy cuts to featherweight. pic.twitter.com/TOguLLbqF5

That is an absolutely grueling weight cut for Dustin Poirier. Dropping 30lb at 176lb leaves him cutting 17% of his bodyweight in just a few days. That’s a staggering cut, and it is no wonder that he lost that fight, and just a few fights later decided to move up. Considering how far he has come since then, this seems like it was definitely the right move.

Colby Covington Doubles Down On BLM Criticisms: 'Nothing I Said Was Racist'
← Read Last Post