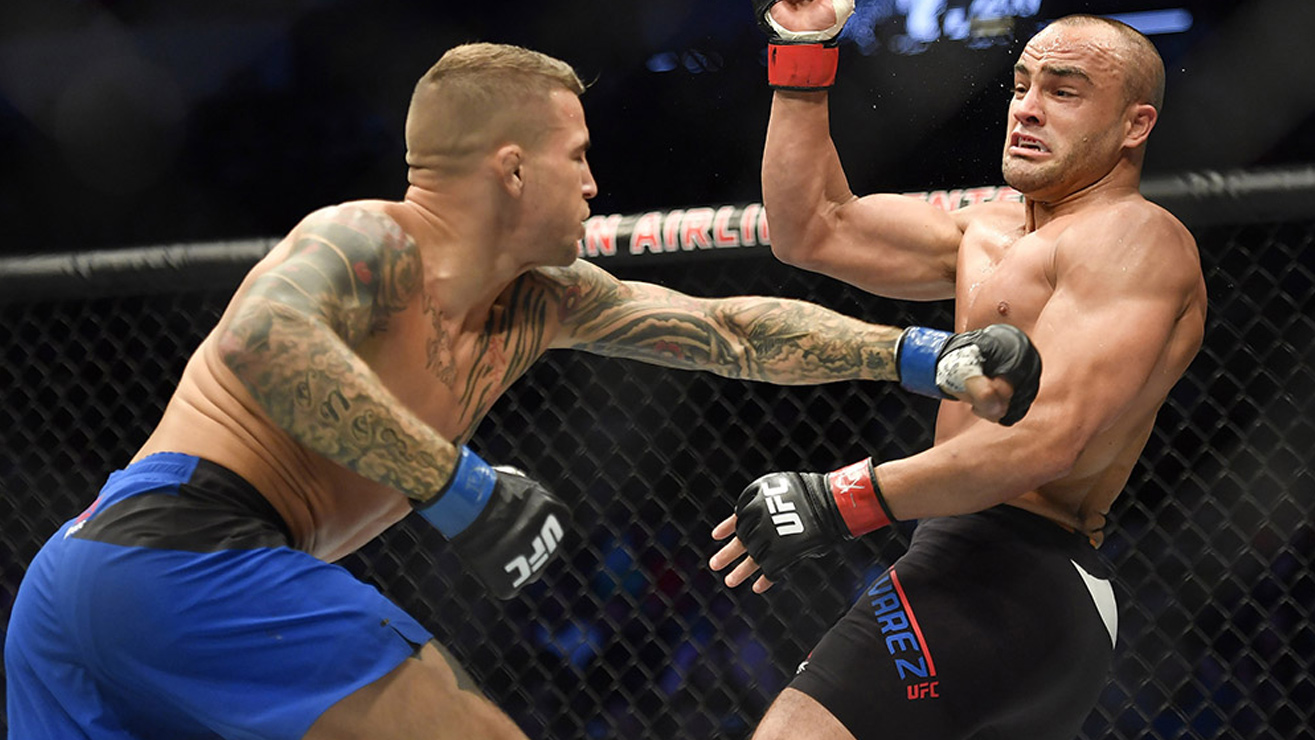 UFC lightweight contender Dustin Poirier picked up a thrilling fourth-round KO over Justin Gaethje in an epic battle at UFC on FOX 29 in Glendale, Arizona. Poirier has undoubtedly put himself into a position to challenge Khabib Nurmagomedov for the Championship.

However, for Poirier, the timing might not be in his favor. As 155-pound division picture seems quite a mess at this time, Khabib Nurmagomedov who claims the lightweight title at UFC 223, will be sidelined for a couple of months due to Ramadan. Tony Ferguson who underwent knee surgery so it will take between 6-9 months to fully repair. Former two-division champ Conor Mcgregor has recently found himself in legal trouble following his rampage in Brooklyn, New York.

The fight that makes sense for Poirier is a rematch with rival Eddie Alvarez. Whom he fought at UFC 211 that ended up being ruled a No Contest (NC) after Alvarez unintentionally landed a series of illegal knees to Poirier’s head in the second round.

Poirier has doggedly pursued a rematch with ‘Underground King’ who seems to want nothing to do with “The Diamond” in the cage.

Poirier made an appearance on the recent episode of MMA Hour podcast following his Fight of the Year contender win over Gaethje, said Eddie allegedly ducked him fives time for a rematch. Moreover, Poirier asserted that he had been offered a fight against Alvarez for UFC 223, as precautions if Khabib or Ferguson fell out of their bout:

“Me and Eddie were offered a rematch on that Brooklyn show that Tony and Khabib were on,” Poirier said. “And my management told me that pretty much they’re probably trying to book this fight because if they fall out, one of you are going to replace them. I accepted the fight. Eddie turned it down. This was months ago. We could have been on that card, Eddie’s ranked higher than me, he probably would have fought for the belt a couple weekends ago.”

“It was offered a bunch of times, man,” Poirier said. “There were a bunch of cards that they offered the fight on. I accepted every time they offered it, Eddie turned it down every time. I think it was five times.”

Poirier certainly still seems to have some bad blood with Alvarez, who he feels disrespected him following their match at UFC 211.

“The things that he said after our fight, just the way he acted, I tried to stand up for the man and tell the crowd stop booing him not a dirty fighter, have some respect for the man,” Poirier said. “… Just way he acted after that. Saying that I was trying to milk the knee, he tweeted me “are you finally off your stool yet’ just all kinds of stuff like that that was very disrespectful. This isn’t a bar fight. You don’t knee somebody in the head and expect the guy to just keep going like it didn’t hurt. He got me pretty good with that knee, and it could have changed the outcome of fight. This is a sport. There has to be some line drawn.

“If I do not get the title shot next, it’s going to be Eddie.”

Regardless, Poirier says that if he doesn’t get a shot against the Khabib Nurmagomedov, his door is still open for that rematch with Alvarez.

Rizin’s Back! Everything you need to know in our full RIZIN 10 preview
← Read Last Post