Conor McGregor Responds To Dustin Poirier’s Call For A Rematch

Surprise, surprise… the king is back! Unfortunately, not back in the octagon. But, back in the circulation of MMA headlines across the internet. Conor McGregor has once again returned to rare form.

After Dustin Poirier suffered a loss in a lightweight title to Khabib Nurmagomedov at UFC 242, Dustin took a brief moment to collect his thoughts. After reflecting, Dustin took to Twitter to announce his thought that perhaps himself and Conor McGregor should fight once again.

I think me and Conor running it back makes a lot of sense at this point.

A Dustin Poirier rematch versus Conor makes a lot of sense at this point. At least in the eyes of Dustin.

McGregor and Dustin first fought way back at UFC 178, almost five years ago to date. In the featherweight bout, Conor won via first-round TKO in one minute and forty-six seconds. While the result of the match was impressive, both fighters are different men now than they were back then. Not only have both men evolved as fighters, but they both have also moved up 10lbs to the UFC’s lightweight division.

Fans were shocked to find out that not only would Dustin fight Conor in MMA, but he would also be open to putting on the gloves in a boxing match.

In MMA or Zuffa Boxing https://t.co/9WOo8yJBTy

Conor saw the Dustin Poirier rematch tweet and decided to respond in the form of the old McGregor we all grew to love.

I fed you to the canvas in 90 seconds bro.
You should have spoke my name with a bit more respect in that build up. “McGregor’s not next”
Motherfucker, it’s McGregor always!
McGregor is the goal! Always!
Say that now and I’ll think about it.#GoneIn90seconds #NicCage #AJolie

“I fed you to the canvas in 90 seconds bro,” said Conor. “You should have spoke(n) my name with a bit more respect in that build up. ‘McGregor’s not next’ motherf***er, it’s McGregor always! McGregor is the goal! Always! Say that now and I’ll think about it,” ended Conor.

Whenever Conor McGregor tweets, fans usually run to his defense. But, the pendulum resembled to swing the other way in regards to Dustin. The overall consensus was that Conor has no business to respond the way that he did. For starters, fans pointed out that Conor’s recent antics and inactivity void his bravado. And, perhaps he should win a fight before he goes back to his ‘champ champ’ persona.

Lastly, fans pretty much agreed that Conor’s apologetic words in an interview with ESPN were more than likely for show. They believed that as soon as Conor had an opportunity to ‘take the bait,’ he would.

Maybe now would be the perfect time for both men to meet once again. Dustin has hit his stride in what appears to be the prime of his career. Mcgregor, on the other hand, is looking for a matchup that will get him closer to a rematch against Khabib. Both men would have a lot to gain for legacy purposes and of course, financially. Coming off of a loss puts Dustin in prime position to give McGregor an opponent that doesn’t have an immediate shot at the title.

It seems like this matchup fell right into the UFC’s lap. Hopefully, they can book it, whether it’s MMA or Zuffa boxing. 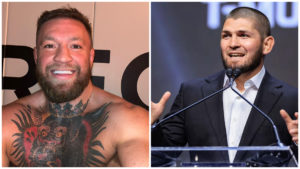 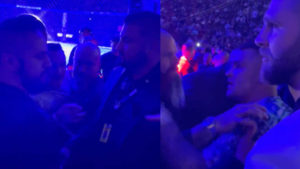