Fans have been clamoring for a rematch between former UFC lightweight champion Eddie Alvarez and Dustin Poirier ever since their no-contest at UFC 211 last year.

Both men have since moved on and won important fights, leading the two top contenders to once again consider stepping back into the cage together.

On Thursday, Alvarez said that the UFC was targeting UFC on FOX 30 for the proposed rematch, which will air live on FOX on July 30th in Calgary.

See you in Calgary @DustinPoirier best of luck my friend 👊🏻@ufc

Facts : this is the 2nd bout agreement I have ever been given by @ufc in my life w @DustinPoirier name on it … both were signed despite his claims . #EAfacts #Dmostviolent

However, Poirier is just coming off of a hard-earned victory over Justin Gaethje last month, and will likely require more time to heal and prepare for an opponent of Alvarez’s caliber (MMA Junkie):

“For me, the fight’s not happening – unless something changes huge, (or) unless they offer me money. I’ll fight him on another date.”

“I gave him a week deadline for the first time I accepted the fight last week. I gave him the whole week, and he still didn’t accept. Then we talked to the UFC and extended it to Monday for him to say yes.

“He still didn’t say yes, so pretty much everything they’re saying now, I don’t know. I’m not even talking with (the UFC).”

Poirier and Alvarez went to war last year in a fight where both men got their licks in, but Poirier appeared to be getting the better of every exchange as the fight wore on. Suddenly, Alvarez hit Poirier with an illegal knee to the head of a downed opponent, and the fight was unceremoniously stopped.

It’s a fight “The Diamond” has been gunning for since the first bout, but now that Alvarez is game, the timing doesn’t appear right for the two to run it back quite yet.

Poirier took some damage in his win over Gaethje, and according to “The Diamond”, he has other plans that would interfere with the rematch happening in Calgary:

“I had a trip to Asia planned. I’d have to really cancel a bunch of stuff, and I would have if they’d let me know in the week and a half I gave them to say yes, for him to get his contract figured out.

“I’ll fight him at another date. But it’s looking like Calgary is not going to happen.”

As per Ariel Helwani, the bout is on the table but not signed off yet:

Alvarez hasn’t signed yet, and neither has Poirier. Poirier’s management tells me they aren’t in. UFC wants it to happen but now they have to get Poirier on board after working hard to get Alvarez on board.

Both men are coming off of knockout victories over Gaethje, with Alvarez the last fighting at UFC 218 late last year. 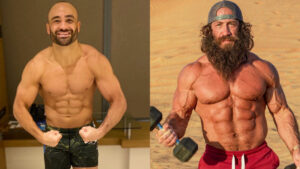 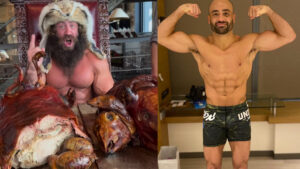 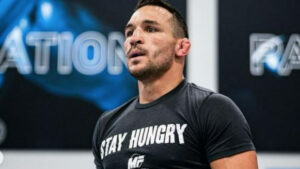 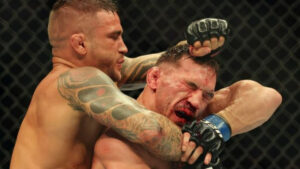