Nate Diaz Calls Out Dustin Poirier Following UFC 257 Win: “I’m Training To Whoop ur A** Next”

With his recent win over Conor McGregor at UFC 257, Dustin Poirier now has a slew of challengers coming after him including Nate Diaz and Charles Oliveira 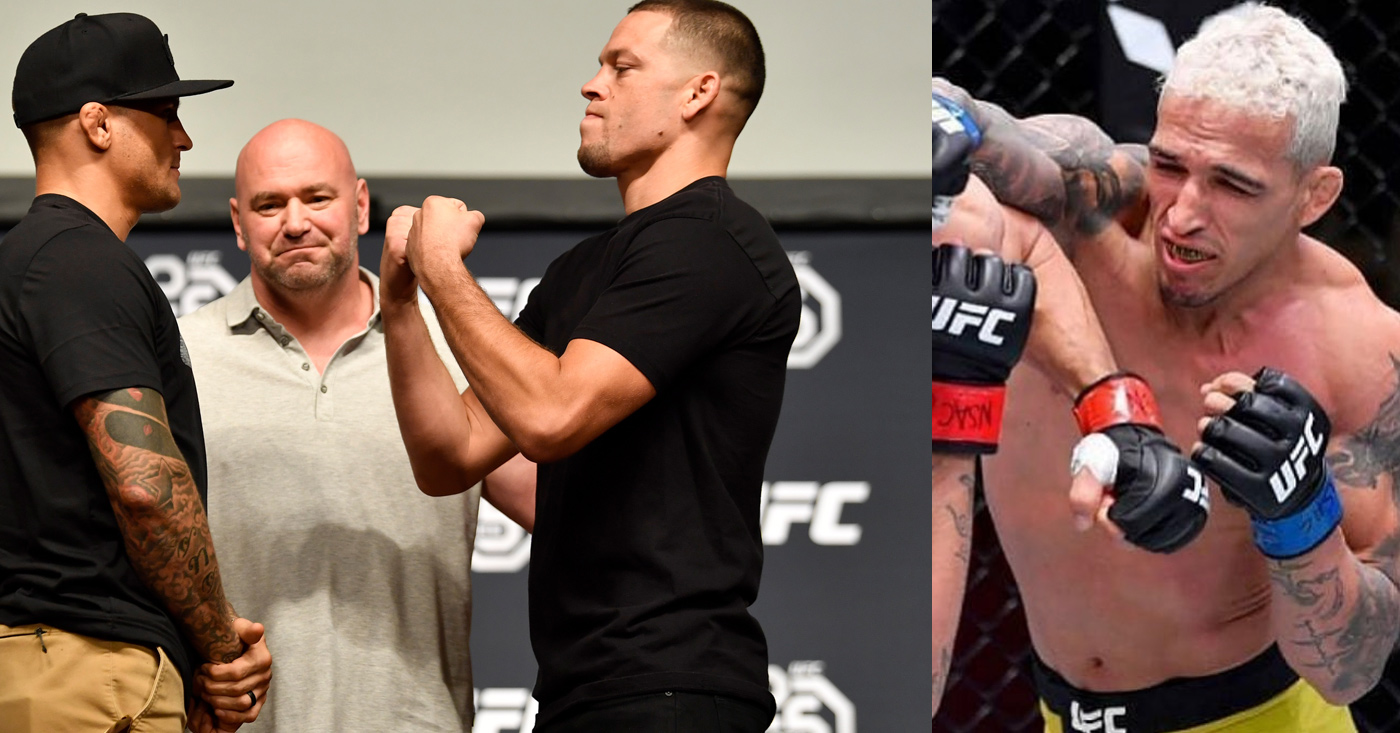 Without a doubt, the biggest win in the career of Dustin Poirier came over the weekend, when he beat Conor McGregor at UFC 257. Now he has a ton of opposition gunning for him, with Nate Diaz and Charles Oliveira calling him out.

If you have trouble remembering the definition of the word “redemption,” then all you need to do is watch Poirier vs McGregor 2. After getting TKO’d by Conor in 2014, Dustin got his revenge in the second round with a TKO of his own.

It was a masterful performance that saw him execute a meticulous gameplan. While there was no belt on the line in the fight, it has all the feel of a championship win, especially with champ Khabib Nurmagomedov’s future uncertain.

As previously stated, Dustin Poirier vs Conor McGregor 2 had all the title implications one can have, without an actual belt being on the line. So as one would expect from a champion, Dustin has been getting called out a lot.

One such callout came in the form of Nate Diaz. He took to Twitter to say that he was going to train to beat Dustin, which would be a rebooking of a bout that was scheduled for way back in 2018, but ultimately fell through.

“I’m training to whoop ur ass next.

Be about it don’t talk about it

I’m training to whoop ur ass next.
Be about it don’t talk about it 👊🏼 pic.twitter.com/M7FKHvIbFu

At the post-fight press conference, Poirier also expressed interest in potentially facing Diaz. Although this was not the only man to call out El Diamente after Saturday night.

Top lightweight contender Charles Oliveira also threw his name in the hat in for a potential fight with Dustin. He congratulated Dustin on the win, with a post to Twitter, but said that he hopes they meet in the Octagon soon.

“I hope to see you soon, @DustinPoirier . Once again congrats for last night’s performance. Hard work pays off, and you delivered.

I hope to see you soon, @DustinPoirier. Once again congrats for last night's performance. Hard work pays off, and you delivered.

Now in the same press conference that Dustin Poirier expressed interest in fighting Nate Diaz, he said he would like to see Mike Chandler and Oliveira face each other. So he may not be interest in a fight with the Brazilian just yet.

Either way, it is clear that he has a ton of potential options for his next fight. This is all without even mentioning the potential of a trilogy with McGregor. It will be interesting to see how things play out.

Who would you like to see Dustin Poirier fight next?

Dustin Poirier Declares 'I Am The Champion' Following Win Over Conor McGregor
Read Next Post →
Click here to cancel reply.