Duane Ludwig: “I Would Like To See TJ Dillashaw Drop to 125 Take The Title And Get Back To 135”

TJ Dillashaw will try to prove himself as the greatest MMA legend who ever lived. His coach Duane Ludwig wants to see TJ moving to Flyweight and challenging Henry Cejudo for the belt! It was rumored that TJ Dillashaw would face Demetrious Johnson in a super fight. But, UFC officials had already scheduled a rematch versus Cody Garbrandt at UFC 227. TJ won via first-round KO easily.

Henry Cejudo dethroned Demetrious Johnson via split decision at the co-main event of UFC 227. Despite that, Duane Ludwig still wants to see TJ as a Flyweight champion. Ludwig also believes Dominick Cruz and Marlon Moraes should fight for No.1 UFC Bantamweight division contender spot! (via MMAFighting.com)

“I would like to see T.J. drop down to 25 and take that title and then go back up to 35,” Ludwig said. “I think if you want to look at the division, statistically speaking, Cruz should fight Moraes and then that winner should fight T.J. after T.J. claims the 125-pound belt. As far as following an honest approach to have some respect for the belt and the rankings and how everything is set up.”

Duane Ludwig believes TJ is not a big Bantamweight competitor. He thinks moving to Flyweight won’t be a big problem. On the other side, Cejudo thinks about going one division up and challenging TJ.

There is one more option – UFC Bantamweight title defense versus Dominick Cruz. Don’t forget Cruz defeated Dillashaw via split decision at UFC Fight Night 81! If that happens, Dillashaw will be looking for revenge for sure! Duane Ludwig also adds the match versus Dominick Cruz could be “the money fight”.

“Now the UFC is owned by an entertainment company, so it’s about whoever puts you in the seats,” “Bang” said. “So, in that instance it’s T.J. and Cruz. The money fight is T.J. and Cruz.”

Marlon Moraes also calls for a UFC Bantamweight title shot versus Dillashaw. Moraes is a very dangerous opponent with three victories in a row. Duane Ludwig said Moraes absolutely deserves the chance. Yet, he is unsure whether TJ Dillashaw wants that match. Also, Ludwig sees the fight against Cruz as a “redemption opportunity”.

Duane Ludwig would recommend Dillashaw to rest until the end of the year and recover his body. “Bang” also exaggerates TJ’s skills. He believes his student is the best. Ludwig even calls TJ “modern Bruce Lee”.

“He just has so many ways to finish the fight,” Ludwig said. “A lot of people say that, but they’re not on T.J.’s level. He’s literally at another level of martial arts. His martial arts skillset is the highest any human as ever had — ever.

“That’s what he is. He is the man. He is the current, modern-day, real-life Bruce Lee.”

We will see whether TJ Dillashaw really is the best fighter in the world. What do you think, who will he fight next? 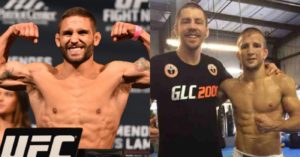 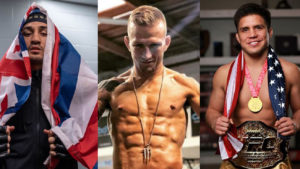 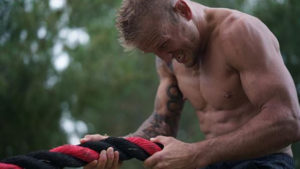 TJ Dillashaw: “I Was Sent To “Kill” UFC Flyweight Division” 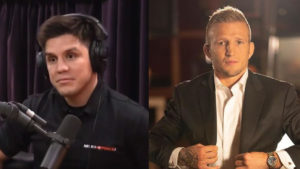 Henry Cejudo Threatens TJ Dillashaw: “I Am Going To Smash This Guy!” 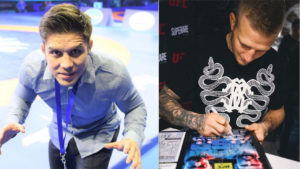 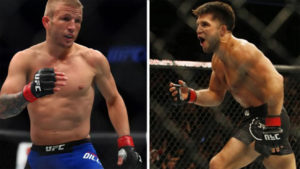