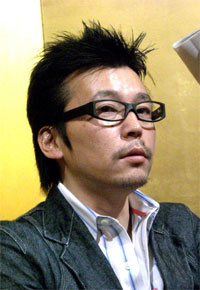 Earlier this year, DREAM 14 displayed some controversial imagery including the bombing of Pearl Harbor in conjunction with a series of Bjork + Imperial March hybrid musical sequences in elaborate pre-fight medleys that either left you scratching your head or readying your firearms in preparation for war. It’s obvious that Japan isn’t taking this whole “American Colony” status well following Aoki’s loss to Gilbert Melendez. Albeit somewhat unsettling, I thought it was the most rawesome way to kickoff a night of MMA ever conceived; but today, I realized that it was really just foreshadowing Japan’s deeper desires of reigniting an actual global takeover. It all starts with the FEG partnering with a Shanghai-based investment bank PUJI Capital.

Details are still coming in, but from what we know, PUJI be in charge of fundraising and leading a global expansion that should inflate DREAM & K-1 to a level that eclipses the UFC in the world market (at least that’s the goal).

Here’s a chart that should help illustrate the FEG’s expansion plans: 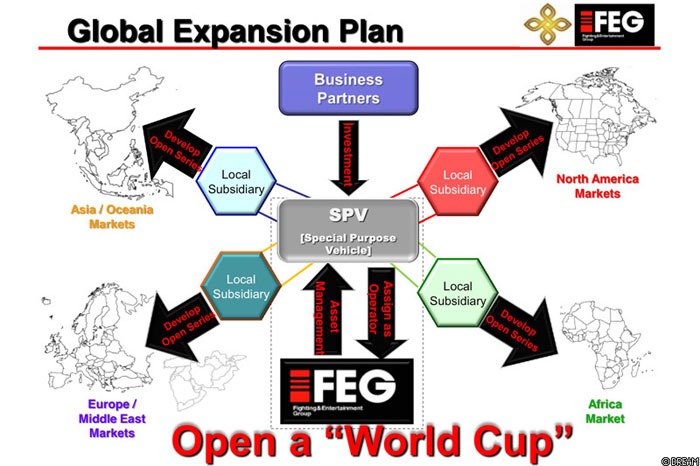 If that makes no sense to you, Here is a chart I made that’s a little simpler to understand at what FEG is hoping to accomplish: 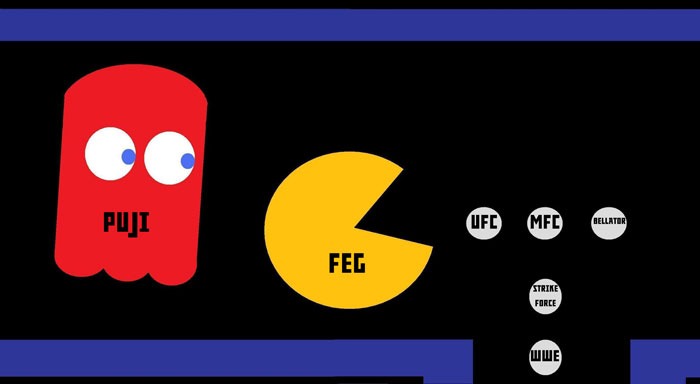 And if that’s not enough, here’s FEG President Sadaharu Tanikawa’s official declaration of war against the UFC:

“When K-1 and PRIDE were competing against each other, 80% of the martial arts market was in Japan. It is now the opposite and Japan is only 20%. We were worried that Japan would be left behind if we let this continue, it is unacceptable. We needed to change our business model.”

“This is a declaration of war against the WWE and UFC. From Asia, we will take the world.”

“We’ve let Dana White get a lead on us. Before (Shinya) Aoki beats (Gilbert) Melendez, we must win as promoters.”

The changes get underway in early 2011 and FEG hopes to raise about twenty billion Yen (the equivalent of 230 million USD) in the arranged partnership. Alongside all that financial stuff, following DREAM 15, Aoki announced he’ll be fighting Gilbert Melendez again in an attempt to take back control of America’s new favorite colony, and if he fails, so does this global expansion. If you think about it, the fate of Japan’s imperial goals all rest in the hands of the Baka Survivor (which actually means ‘Stupid’ survivor in English). Japan’s only hope will consist of creating a collaborative hypnotic video staring Tony Robbins and Genki Sudo where everyone chants “We are all one” and “YES!” simultaneously as we willingly accept the global takeover. [Source] 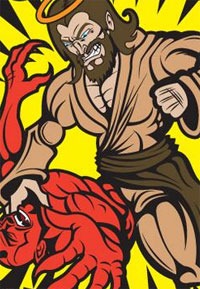