Dream 12 and the White Cage goes down TONIGHT! 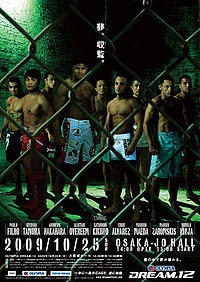 In August, a Dream 12 promo video was released and as usual…it made absolutely no sense. Watching a Dream promo video is like trying to understand the secrets of the universe through a Fisher-Price Viewmaster. It’s the type of stuff that not only stays with you for the rest of the life, but when you try to comprehend all of it…you can literally feel a brain tumor forming in your head. A few weeks after the promo was released, our buds over at Nightmare of Battle analyzed the tape, freeze-framed certain clips and established that it was going to take place in a six-sided cage (then shortly after realizing they’ve invested entirely too much time on a promo clip, they changed their website to ‘WTFarewedoingdude.com’). A couple of weeks later, the official Dream 12 promo video was dropped and people everywhere unanimously agreed that it was the coolest promo video in the history of MMA. On September 29th, Dream finally unveiled the White Cage complete with two humanoid robots built directly inside the cage. Props to guy at FEG who pitched that idea.

Headlining Dream 12 is Alistair Ubereem who just fought 1:23 seconds at Glory 11 against some dude that works part time as a cashier in a glass bong shop. I’m not even sure if Ubereem threw any punches, Tim Sylvester looked like he sacrificed his neck to Ubereem just to get out of Amsterdam and cover some shifts for his fellow co-workers. Ubereem will be going up against James ‘Alien Ear’ Thompson who was just signed to the fight less than a week ago. We tried to interview the alien lifeform inhabiting James Thompson’s ear but it clung onto our face, laid eggs inside our bodies and exploded out of our chest. Note to self: Buy the Alien Quadrilogy DVD set, which is a lame name for such a cool collection. Watching Aliens III is like watching that split second when Kimbo Slice burst open Thompson’s ear, thus giving birth to a new lifeform that probably gives James life advice whenever he finds himself between a rock and a hardplace (and an alien lifeform).

We also have Eddie Alvarez vs. Katsunori Kikuno. If you’re not familiar with Kikuno, we suggest you watch Saw I-VI and take a really good look at that jigsaw porcelain doll. I’m pretty sure they’re related. Katsunori Kikuno has the undisputed creepiest smile in MMA. They say if life gives you lemons, make lemonade. If Dream gives you Katsunori Kikuno…just run the other way at your earliest convenience. Viewers also get to witness the return of The Whitemare, Marius Zaromskis, after his absolute domination of the Dream Welterweight Grand Prix. Unfortunately, Paulo Filho had to drop out of his fight with Doong Sik Yoon (his mother told us that he had passport issues…seriously, she did). Replacing Filho is our favorite Begian dude and overall friend of the world, Tarec Saffiedine who at Dream 10 became the first Belgian to win an MMA event in Japan. Sakuraba, Shibata, Chase Beebe…if you’re missing this card then you’re failing at life (and your extended family will mostly likely talk about you behind your back. I’m sorry, talk about you behind your back even more). Dream 12 – HDNet 11pm ET/2am PT, if you have Twitter you can catch Emma May and I complaining about the overly extended intermissions. 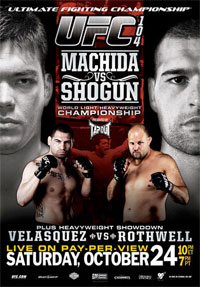 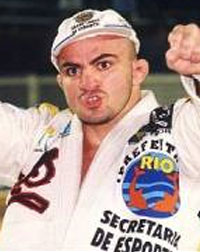 Why you should build a shrine to Wallid Ismail
Read Next Post →
Click here to cancel reply.