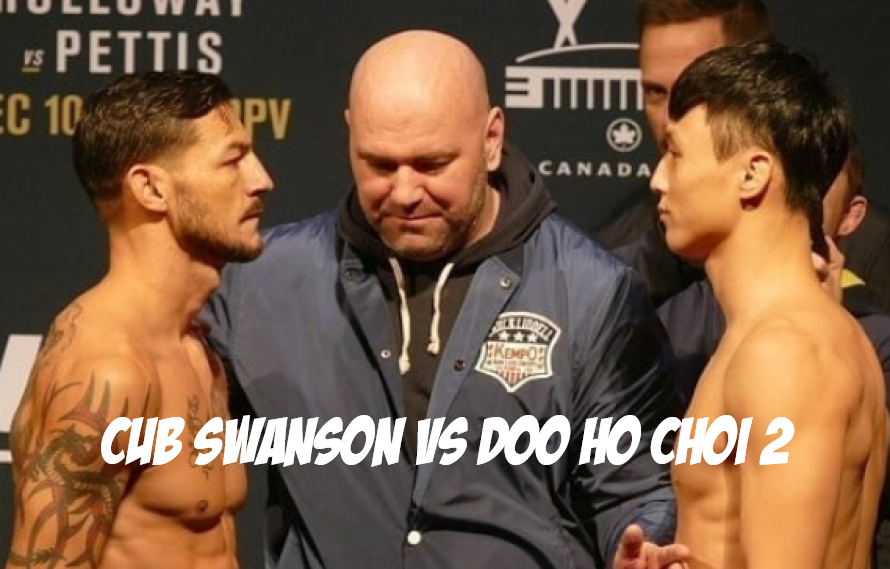 Following his UFC Tampa victory, Cub Swanson called for a rematch with Doo Ho Choi. Now the “Korean Superboy” has responded, and is interested in that rematch.

Back in 2016, Swanson and Choi put on the fight of year. The brawl was wild and back and forth, with Swanson walking away the victor. Since then, Choi has only fought once, in a losing effort to Jeremy Stephens. Additionally, he is on a tour of mandatory military service in South Korea.

Following his unanimous decision win over Kron Gracie, Swanson called for a rematch with Choi. Moreover he believes this is the fight that the fans deserve. Following that callout, Doo Ho Choi took to Instagram to respond.

“Swanson’s recent fight was amazing and he is a fighter that I have always respected. I came across his recent interview that he believes that we need to have a rematch in which we owe to the fans. I also strongly feel the same but unfortunately I haven’t finished my military duties where it restricts me from flying overseas. Also I understand that he was just fought in UFC Fight Night 161 and that he would need to rest and recover but if him and the UFC can organize a fight in Busan, I guarantee that it will be the craziest fight of 2019!”

While it seems unlikely that the UFC will be able to book Doo Ho Choi vs Cub Swanson 2 for Busan. However, perhaps when Choi has wrapped up his military service, the bout can be made.

Kelvin Gastelum: 'I Was Sick For About Two Weeks' Before Adesanya Bout
Read Next Post →
Click here to cancel reply.