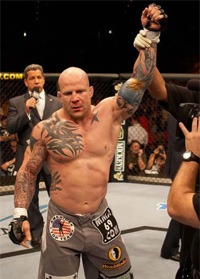 On January 14th 2009, Jeff Monson was charged with first degree malicious mischief, for vandalizing the Washington State Capitol by spray-painting an anarchy symbol with the words ‘no poverty’ and ‘no war’ on the pillars in front of the place. Just before he was arrested, Jeff Monson gave us one of the most bad ass pictures of an dude named “Snowman”, ever. Since that date in 2009, Monson has gone on a 9-3 tear through the heavyweight ranks, it started with Roy Nelson, and it looks like it will end with Sergey Shemetov. The bout will broadcast On Demand from Tel Aviv, promoted by Israel FC on Wednesday, November 10 at 12pm EST. You’ll be able to check out Frank Trigg, Ricco Rodriguez, Hermes Franca, and Shonie Carter all doing their Middle Eastern thing. Only in MMA can you see two dudes named Twinkle Toes and The Snowman fight in Tel Aviv. Check out what Monson has to say about cutting weight for the first time in a long time:

“Losing the weight is difficult, but I used to lose a lot of weight when I wrestled in college. Instead of me being the small guy at heavyweight, fighting the 265 guys, maybe I won’t be taller, but I’ll be one of the biggest 205-pounders out there. When I climb into the cage I’ll be 230 again with all my power behind me. This will be a new bonus for me.”

“I don’t want to bounce around organizations anymore. I’ve done that the last couple of years, but by next year I want to take 205 by storm and win every fight there, and fight for a title. I want to be a world champion.” 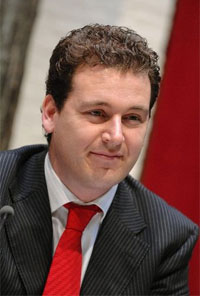 Oh no, the Mayor of Amsterdam wants to ban MMA
Read Next Post →
Click here to cancel reply.