Donald Trump Expected to be in Attendance for UFC 244

The current President of the United States has always had strong ties to combat sports. Specifically the UFC and it’s President Dana White. So much so that UFC welterweight title contender Colby Covington has had the Trump family in the audience to watch him fight. Now, rumors speculate that President Donald Trump will be in attendance to watch UFC 244.

Sorry Colby, but it looks like the President is more interested in witnessing who becomes the UFC’s baddest mother f***ker.

Reports of the news came from White House correspondent Annie Karni. Karni took to Twitter to reveal the plans of the President to attend the event.

Weekend Plans: Trump is tentatively scheduled to go to NYC to attend an MMA event at Madison Square Garden on Sat night, per sources.

Stay over at Trump Tower.

“Weekend Plans: Trump is tentatively scheduled to go to NYC to attend an MMA event at Madison Square Garden on Sat night, per sources.

Stay over at Trump Tower.

The UFC has yet to comment on if President Trump will actually attend the event or not. However, if he does, it wouldn’t be the biggest surprise.

As stated before, President Trump has a relationship with Dana White. Also, he met with Colby Covington at the White House earlier in the year. So, if Donald actually shows up to the event, it’ll be interesting to see how he is received from members in attendance.

So far, President Trump hasn’t made the greatest impression on fans as a spectator at sporting events.

Recently, he was booed by fans in Washington during the World Series. Not only did the crowd boo, but they also screamed “lock him up” chants at the top of their lungs. The crowd also hung banners from the outfield walls with messages of hopeful impeachment.

And with banners, too. pic.twitter.com/S0HyA6251G

If President Trump attends UFC 244, how do fans believe he will be received from the rowdy crowd?

If history repeats itself, expect a sea of boos to be echoed through the crowd. Unless Dana White provides the royal treatment. 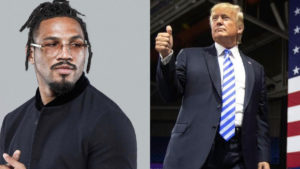 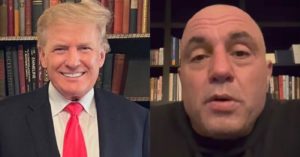 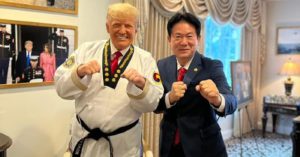 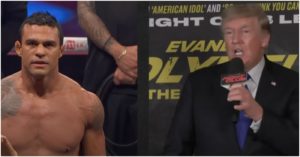 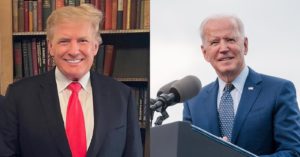