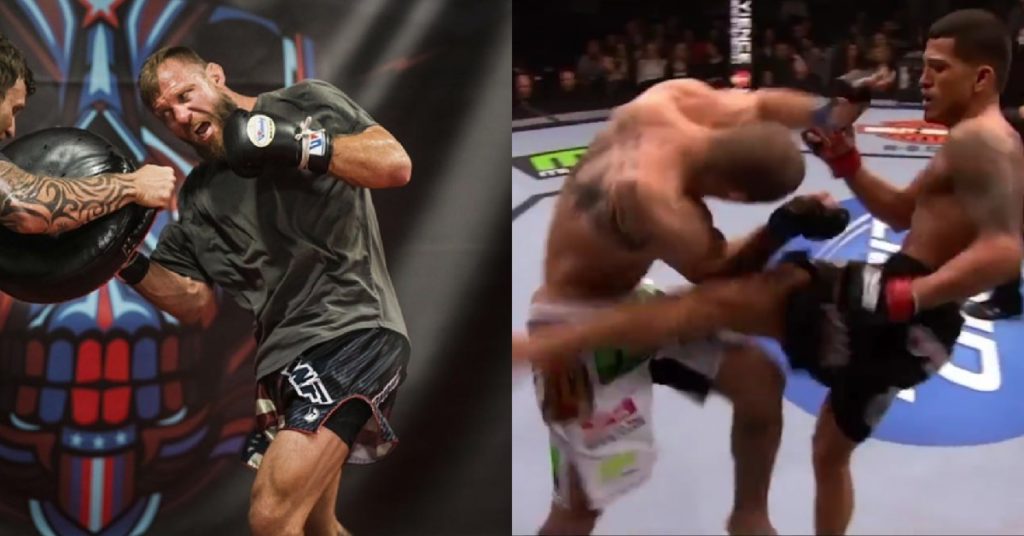 Donald Cerrone is set to fight Anthony Pettis for the second time, this weekend at UFC 249. This is a big fight for him, and he is looking for revenge for the loss he suffered in 2013.

When “Cowboy” Cerrone fought “Showtime” Pettis, nearly seven years ago, both men were looking to make their way to a UFC title. Anthony would earn that spot, with a brutal first round TKO, via liver kick. It was a highlight reel knockout that would earn him a performance bonus, as well as a lightweight title shot.

Now, Donald Cerrone and Anthony Pettis will be fighting again, several years later. Both men have had different trajectories in their careers, but are now meeting a second time at welterweight. It is a short notice fight that will headline the prelims of the upcoming UFC 249 card.

Ahead of the bout, Cowboy has been thinking a lot about their first meeting. As he explained recently to MMAJunkie, he wants to make sure the same thing does not happen again.

“He kicked my liver out of my body (in our first fight),” Cerrone said. “It sucked. Of course you always want to get a loss back, but it’s just stylistically a good matchup. It’s a good fight with good fun. It’s a fight the people want to see.”

Heading into this fight, Donald Cerrone is on a three-fight losing streak, albeit to three of the four best lightweights in the world. Nevertheless, this makes him super motivated to get the job done on Saturday night.

“I’m going out there looking for a win,” Cerrone said. “Three losses is the worst thing I’ve ever done. It’s such a crazy and wild sport, the ups and the downs. This is my wheelhouse. Short-notice fights. I want to win. Go out and there and do what I do. I’m excited for this fight and for this matchup.”

Who do you think will win between Donald Cerrone and Anthony Pettis at UFC 249?

Cris Cyborg Blasts Ronda Rousey For Slamming WWE Fans: 'Fans Made Her Who She Is' (Exclusive)
Read Next Post →
Click here to cancel reply.