You thought Nate Diaz forget about the UFC’s 155 pound division? Nope. In an act of pure Instagram slapping, Nate Diaz just rained hot fire on the parade of Donald Cerrone and Anthony Pettis. While Diaz is riding high off the biggest win/payday of his UFC career, Cerrone and Pettis are forming a mega-tag team in New Mexico.

For the past few weeks Pettis and his brother Sergio have been staying in New Mexico to work with the team over at Jackson’s MMA. Reports have said that a few of the Cerrone-Pettis sparring sessions have made the entire gym stop and took a look-see.

Diaz sees two former rivals playing nice together and he’ll invade your Instagram comment section to slap the juice box right out of the hands of Pettis and or Cerrone. Never change Nate Diaz. Never change. 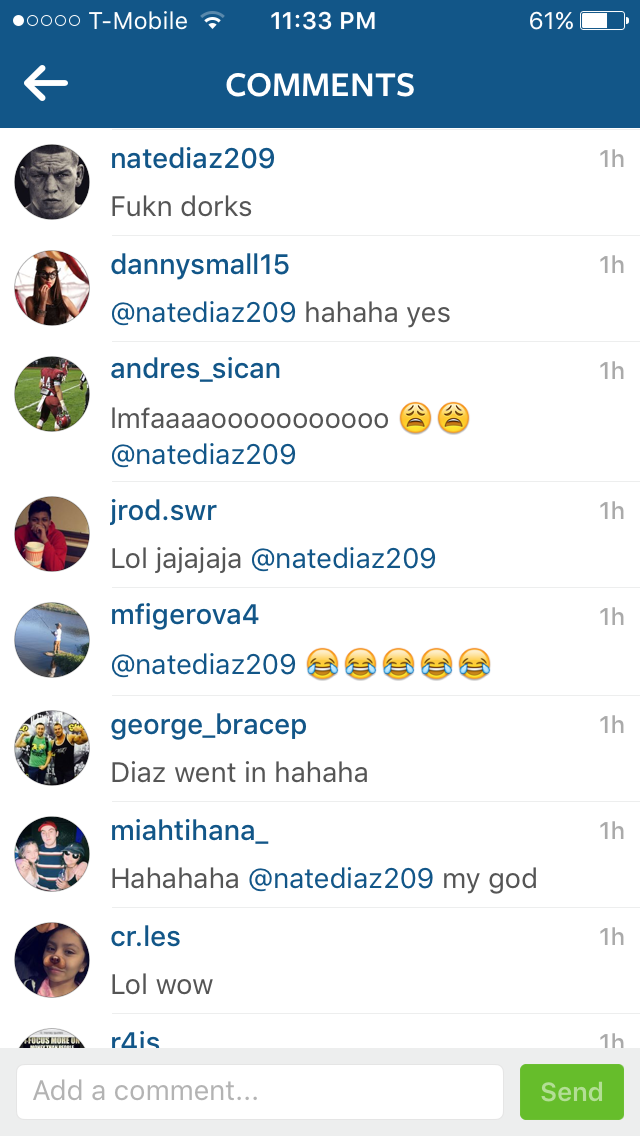