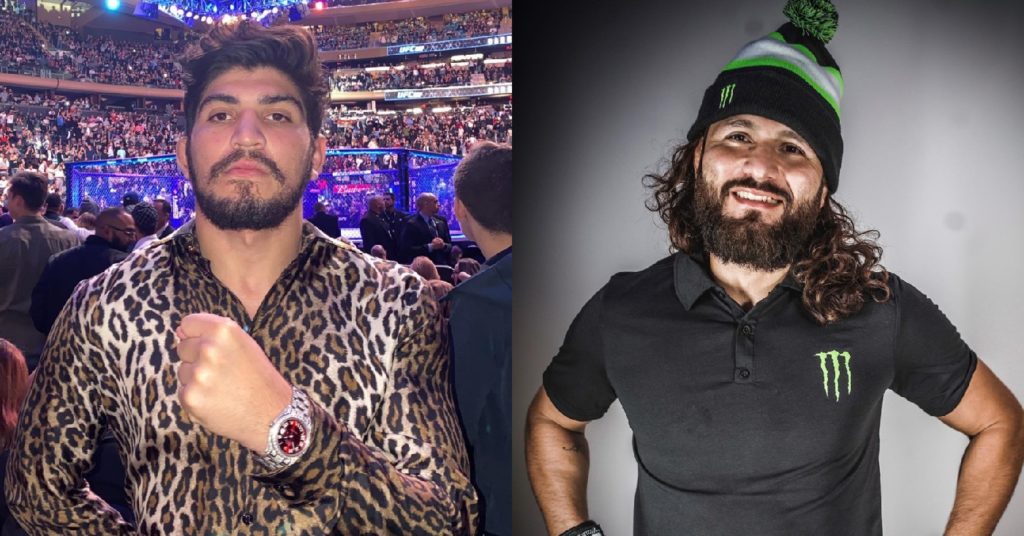 Bellator fighter Dillon Danis has a pension for talking smack about any fighter that crosses his mind. However he recently aimed his sights at Jorge Masvidal.

Danis has made a bigger name for himself than his 2-0 MMA record would suggest. The BJJ standout transitioned to MMA, already a fairly hot commodity, due to his extensive background in grappling. However he is also notorious for training with Conor McGregor, and adopting his tendencies to talk smack about fighters, even if there is no possibility for the two to fight.

Most recently, Dillon Danis decided to take aim at BMF champion Jorge Masvidal. Speaking with ESPN, the 26-year old explained that despite nursing a knee injury, he could beat “Gamebred” in a fight. In fact, Dillon claimed that he already tried to start beef with Jorge, but the Florida native did nothing.

“Right now, even with my knee like this, if I had to get in a street fight with like, Masvidal or someone like that, it would be easy. I’m serious,” Danis said. “I’d take his leg off and beat him with it. Come on. If me and him met in New York City streets, or Miami…I’ve seen him in Miami he didn’t do anything. He left the club.”

Moreover, Dillon Danis went on to explain that he actually has a past with Masvidal. Apparently the two crossed paths on a couple of occasions. In fact, one such occasion supposedly resulted in Jorge leaving a club because Dillon was there.

“Me and Masvidal have a weird past,” Danis explained. “A couple of times me and him had beef. One time, I’m not going to say the UFC fighter that I went on a date with, but I had to go to the UFC retreat…Me and my friend went because one of the fighters I was going on a date with, this girl she was at the bar there, and she called us to go there. It was funny, Masvidal was there and he was eyeing me down acting like he wanted to fight me. He ended up doing nothing.

“Another time I seen Masvidal was in a club, I think in Miami,” Danis continued. “I didn’t even know he was there. So then I went to my table and they were like Masvidal is there. So I’m like oh whatever. They started bringing a lot of attention to me, they were bringing signs up in the club and stuff like that. He just got up and left, swear on anything. He got up and left and I think he got upset because he is in Miami and I was getting more love. No one even knew who he was. When I walked in, they had the girls with the signs and everything, and no one even knew who he was. I think he got upset, this was right after he knocked out Ben Askren, and he just left the club.”

Now, it is known that Dillon Danis has a tendency to speak a bit out of pocket about certain things. It seems very unlikely that Jorge Masvidal, who blew up in popularity right around the time Dillon is suggesting, would not be known in his hometown. However this is still a funny beef to consider, even if it will likely never come to anything.

Kevin Lee Tears His Other ACL, Forced To Get Second Surgery
Read Next Post →
Click here to cancel reply.