Aldo called for a fight with Dillashaw following his unanimous decision victory over Marlon Vera on Saturday night. 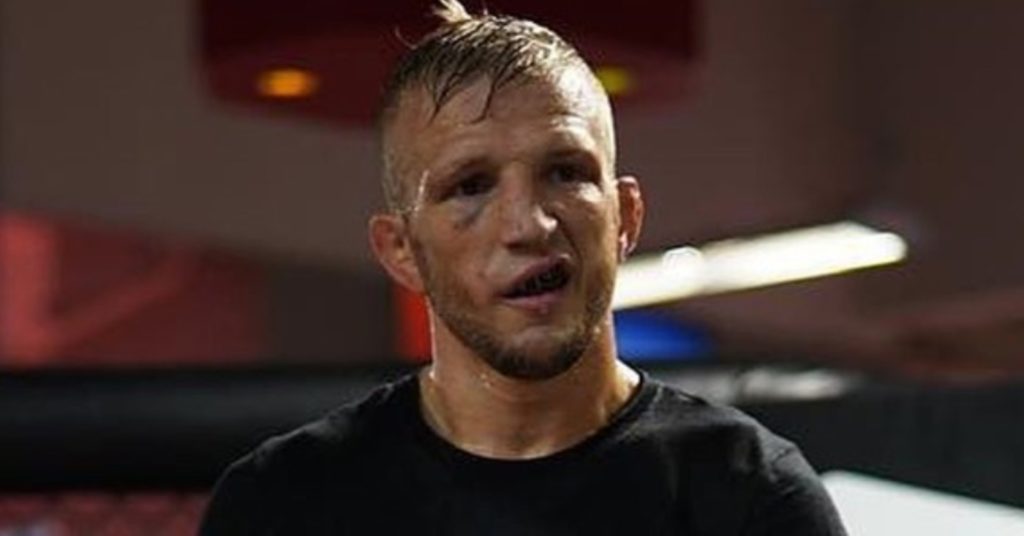 It didn’t take long for TJ Dillashaw to respond to the callout from Jose Aldo.

Aldo returned to the win column following a unanimous decision victory over Marlon Vera in the UFC Vegas 17 co-main event on Saturday night.

Many observers were impressed with the nature of the win as Aldo looked as good as he’s ever done as the former featherweight king earned his first victory since moving down to bantamweight.

With designs to still become a two-division champion, the Brazilian went on to call for a fight with former champion Dillashaw in his post-fight interview.

“As far as the next fight, It would be Dillashaw said by Aldo. You’ve been talking about Dillashaw alot so hey Dana, make it happen,”

"As far as the next fight? It'll be Dillashaw! Dana, make it happen!" @josealdojunior wants @TJDillashaw next!

It certainly caught Dillashaw’s attention as he responded on social media soon after.

“I heard everyone is calling me out, cause they all know that’s my belt 🥱 @ufc”

I heard everyone is calling me out, cause they all know that’s my belt 🥱 @ufc

Dillashaw, of course, will be eligible to return to action in January following a two-year suspension from the United States Anti-Doping Agency after testing positive for EPO in early 2019.

Many expected him to face Cory Sandhagen upon his return but with the latter set to face Frankie Edgar, it’s possible a meeting with Aldo could be on the horizon.

It’s certainly a great fight even if Aldo is seemingly past his prime. That said, nobody knows how Dillashaw will perform after two years of inactivity so it could go either way.