Hilarious, and very dangerous, Derrick Lewis is looking to score the title when he faces two-division champion, Daniel Cormier, in the main headliner of UFC 230 on Nov. 3 at Madison Square Garden in New York.

Some in MMA world said Lewis doesn’t deserve a title shot against Cormier, even ‘Black Beast’ itself was uncertain that he deserves to be the true next in line for gold. He also acknowledges that former champion Stipe Miocic probably should be the one getting the nod. No doubt, Lewis has an impressive record of 9-1 in last ten fights in the heavyweight division.

Lewis who was on the verge of losing his UFC 229 bout against Alexander Volkov, until he hurled the powerful right hand that put Volkov to sleep. Moments after winning the showdown, ‘Black Beast’ took off his shorts. Well, when UFC Commentator did his in-Octagon interview, Rogan asked why did you take off your shorts, Lewis respond was absolute savage: “My balls was hot.” Belives it or not this interview got him a title fight.

After this hilarious interview, Lewis stock accumulated, and he reportedly picked up thousands of followers on social media.

Not long ago, two heavyweight contenders were on the same card back in July and seated next to each other at a post-fight presser, where both went at each other in a moment that was the opposite of heated.

Lewis blasted Cormier for disrespecting the famous Popeyes Southern Chicken in a commercial. If you don’t know, Cormier is one of the first to introduce the Popeyes chicken in the MMA in an infamous parody video. In fact, Cormier also hails from Louisiana, home to Popeyes chicken franchise chain.

Now Lewis is the one who’s getting good with Popeye’s Chicken company, as his manager took to social media and announced that a chain in Texas, a hometown of ‘Black Beast’ will be giving the knockout artist a free chicken for life.

“Adding another layer to the fast-food war brewing heading into the UFC 230, Derrick Lewis’ manager Malki Kawa tells me Popeyes Chicken took notice of [Derrick Lewis] defending its honour and have struck a deal with him heading into this weekend’s fight. Details to come,” Ariel Helwani Tweeted on Wednesday.

Adding another layer to the fast-food war brewing heading into UFC 230, Derrick Lewis’ manager @malkikawa tells me @PopeyesChicken took notice of @Thebeast_ufc defending its honor and have struck a deal with him heading into this weekend’s fight. Details to come.

Lewis manager, Malki Kawa, also further detail the information in his Tweet, saying ‘Black Beast’ will be given free chicken for life as well he’ll be featured on Popeyes menu boards.

Lmao, Popeyes in Houston just called and gave @Thebeast_ufc free Popeyes for life and Derrick will be on the menu board, in addition to what corporate is doing. Let’s go d! #popeyes

Lmao, Popeyes in Houston just called and gave @Thebeast_ufc free Popeyes for life and Derrick will be on the menu board, in addition to what corporate is doing. Let’s go d! #popeyes

As this news announced, Lewis took to social media and posted a picture which shows how much he loves chicken while flaunting his “My balls was hot’ t-shirt.

Well, a video surfaced, where Lewis is working out while fueling himself with a bite of chicken, haha it’s worth watching.

theres a whole video for it lmao pic.twitter.com/YxkPFWZmUH

Well before the biggest fight of his career, Lewis strikes a popeyes chicken deal, do you think he’ll score a win over Cormier this Saturday? 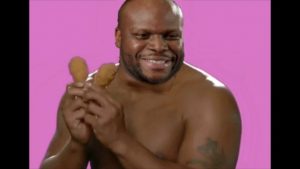 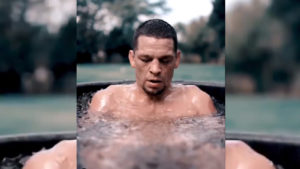 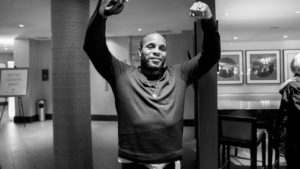 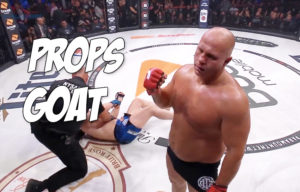 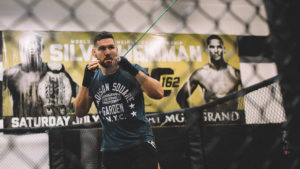 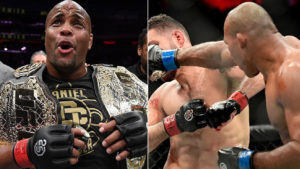