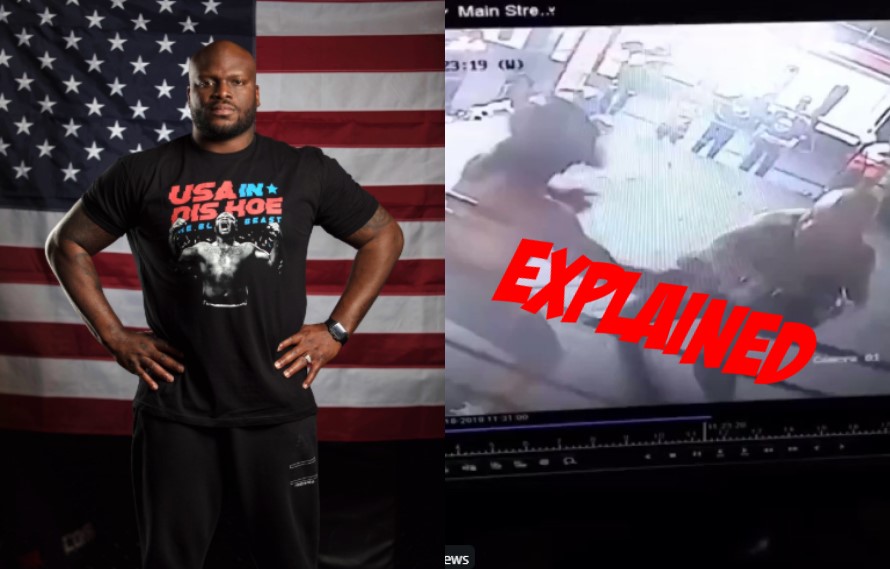 Derrick Lewis Tells Story Of Knocking Out Boxer In The Gym

Derrick Lewis recently shared a video of an incident in his gym. Now he opens up about what happened, and why he knocked out this boxer.

Lewis is one of the scariest fighters in the world inside the cage. However he is one of the funniest guys outside of combat. In fact, this comedic timing is essentially what earned him his first shot at UFC gold in 2018.

Nevertheless, there is one thing you can do, which Lewis does not find funny, and that is saying you will knock him out. In fact, this was the subject of a video he shared recently to his Twitter. Apparently some poor chap thought it was smart to say that because he was a boxer, he could knock out The Black Beast. Unfortunately, things did not go so well for him.

Following this, fans were wanting Derrick Lewis to explain what happened. Luckily for us, he did just that on UFC Unfiltered. As he explains, this guy had been training for around two weeks, calling to spar everyone. He then had the unfortunate choice of calling out Derrick, without knowing who he was. As a result, Lewis told him to put on some gloves and try.

“In less than a minute, I tried to murder his a–.”

Well I know one thing for sure, if I ever see Derrick Lewis I will not try to say I can knock him out. Despite his appearance, he is a scary man. This will be put to the test again soon, as he faces off against Ilir Latifi at UFC 247 in February.