Derick Lewis Talks Daniel Cormier Loss: ‘If Not For Media I Would’ve Been Alright’ 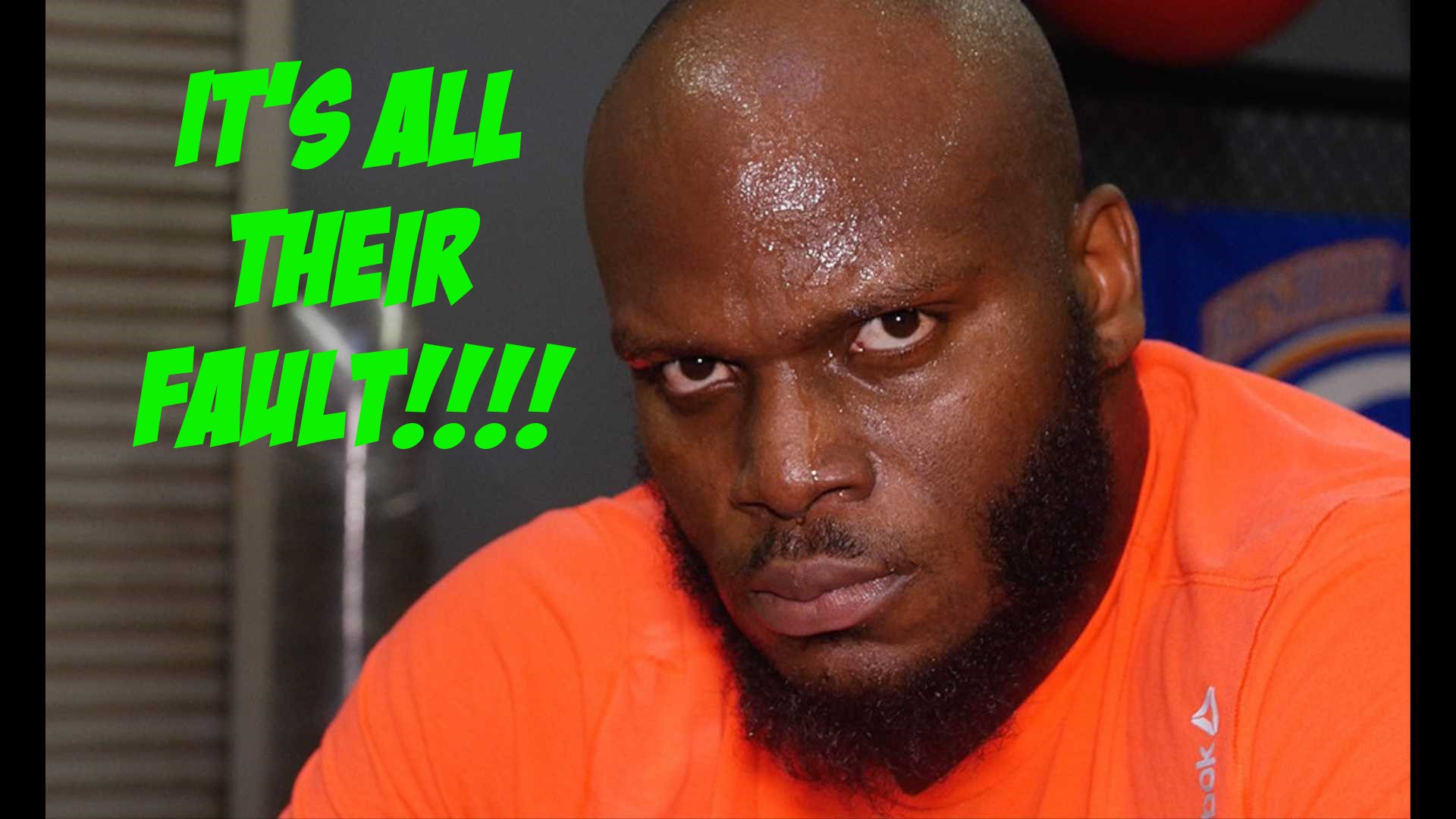 Derrick Lewis is slated to fight Junior dos Santos this weekend. This marks Derrick Lewis’s first fight since competing in a losing bid against Heavyweight Champion, Daniel Cormier. Lewis’s title shot came from interesting circumstances, coming on short notice, simply due to the fact that his “balls were hot,” after a comeback win against Alexander Volkov.

“I wish I would have had been a little more aggressive in the fight,” Lewis said about his title fight in an interview with MMA Junkie prior to his UFC Wichita fight, “even though I was, I wish I was a little more.”

He would spend most of the fight being put on his back by the Olympic wrestler Cormier, before being submitted in the second round.

Lewis would go on to talk about the pressure he felt from the media, in regards to the wrestling of DC. “Usually I go into fights and just focus on myself. I never worry about what my opponent would do,” Lewis continued. “I guess it also had to do with the media, because the media would talk about ‘what about his wrestling’ and I’m like I’m not worried about his wrestling.”

Black Beast then went on to say that the continued talk eventually got in his head. “You guys kept just drilling in my head…..so I’m like okay maybe his wrestling is that good. But if I wasn’t listening to y’all ass I would’ve been alright.”

If we are being honest, most people expected the outcome from that fight, however that loss doesn’t make it any less exciting every time we see Derrick Lewis’s name on an UFC card.