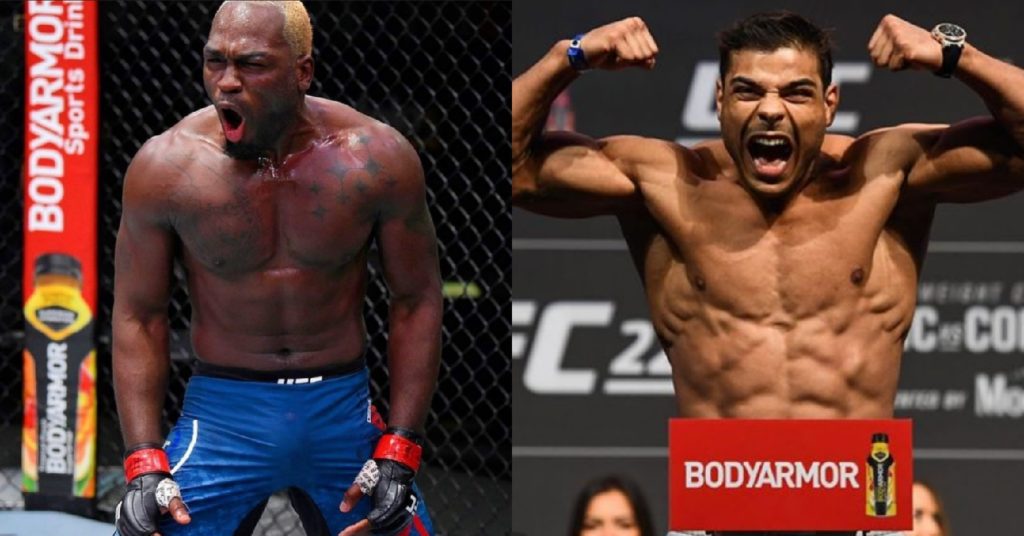 For many years, Derek Brunson has been floating just outside the bubble of top contenders in the middleweight division. He hopes to take things a step further in these pursuits, when he takes on recent title challenger Paulo Costa.

Although it has many flaws, the record of Brunson is one littered with a surprising amount of big names. Throughout his years in the UFC, he has faced the likes of Israel Adesanya, Anderson Silva, Jacare Souza, and Yoel Romero to name a few. He has not always come out with the win in those bouts, but he always put up a good fight, and there were several times where the losses were closely contested and controversial.

At this point, Derek Brunson is on the back of three straight wins, with his latest being a TKO of Edmen Shahbazyan in August. Now he is looking to step his game up, and take on some of the top contenders in the division. In particular, he decided to call out the most recent challenger for the 185lb title, Paulo Costa. Taking to Twitter, he poked a little fun at Costa, saying that he hopes the two can fight this winter.

“Has anyone seen or heard from @BorrachinhaMMA . Someone ask him if he’s available Dec 12 ! @AliAbdelaziz00 @Mickmaynard2 @danawhite 🧐”

Has anyone seen or heard from @BorrachinhaMMA . Someone ask him if he’s available Dec 12 ! @AliAbdelaziz00 @Mickmaynard2 @danawhite 🧐

All things considered, this is not a terrible fight for the UFC to make. With Derek Brunson being on his winning streak, he is ranked seventh in the division so a win over Costa would put in near the top of the line to get a rematch with Adesanya. On the other hand, this would be a good way for Borrachinha to get back in the win column himself, after suffering his first professional loss. Time will tell what the UFC ends up doing, but hats off to Derek for trying to take this fight.