The third man is Herb Dean. The match is underway!

Askren is cautious. Maia lands big strikes. He even attempted a body kick. Askren goes forward, tries to clinch up, but Maia evades.

Big knee to the stomach Maia. Askren ate a big blow to the head, but he ducks under Maia. Askren has one under-hook in, but Maia rotates to the side and escapes.

Fighters clinch up, but Askren goes forward like a zombie, eating blows all the time. Maia counters with a big left hand. Body kick Maia. 1-2 Askren.

Left hand to the chin Maia, fighters separate again. Maia has one under-hook in, Askren took him down for a second, Maia got up, but Askren ends up on top, Maia rotates well, but Askren remains in the full guard.

Askren postures up and lands few punches, he transitions to north-south, Maia rotates well and grabs his legs. 10-9 Maia.

Another knee lands for Maia, short hook Askren. Askren eats another big right hand but fires back with a good punch. Ben’s boxing is surprisingly good for now!

Excellent blows on both sides. Right jab Maia. 1-2 Maia. Askren shoots in and takes Maia down, he ends up in the full guard. Maia goes for the Omoplata, and transitions to the top position, oh man, I have never seen someone doing this to Ben Askren!!!

Askren pounds him off the top. Maia transitions well and gets up. Askren is cut too! Spinning backfist Askren, missed by a hair.

Maia clinches up. Right cross Askren. Left cross Maia. Askren grabs his hips and clinches up Big left hand to the chin Askren. Askren trips him again, but Maia grabs his leg and sweeps. Maia is on Askren’s back, he trapped him with a body triangle!

Maia is trying to choke him out… the hand is under the chin… Maia submits Ben Askren… rear-naked choke!!! Hey Ben… BOOM ROASTED!

It's @BenAskren who takes it to the mat first!

DEMIAN MAIA WITH THE SUBMISSION! 🇧🇷@DemianMaia gets it done in the third at #UFCSingapore! pic.twitter.com/aYwppYOD2K 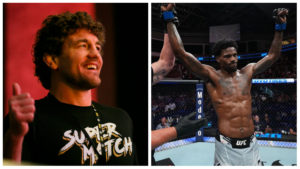 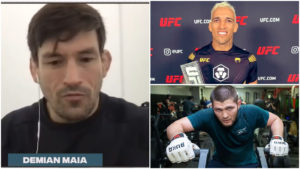 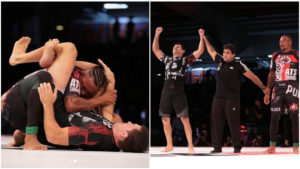 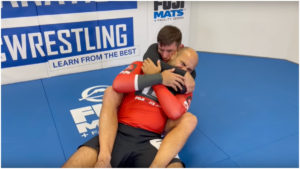 (Video) Demian Maia Shows His Best Submission From The Back