Demetrious Johnson Was Ready For Superfight Against  TJ Dillashaw

The highly anticipated super fight between the longest-reigning current UFC champ Demetrius Johnson and TJ Dillashaw was the biggest showdown ever to put, but unfortunately, it never comes to fruition.

According to flyweight champion Demetrious Johnson, he actually was offered and accepted a fight against TJ Dillashaw before suffering a shoulder injury that leads to surgery after his last title defense against Ray Borg at UFC 216.

‘Mighty Mouse’ says after he was fully recovered and ready for full camp training, the UFC had moved onto by offering Dillashaw a rematch against former champion Cody Garbrandt and they never returned with another offer for him. (Via MMAFighting)

“When they offered it to me, I accepted it, I got injured, and I got the surgery,” Johnson said. “And then, when it came time again, from my understanding, from my management’s standpoint, is that TJ got an offer to fight Cody with a brand-new deal. So god bless him for taking the new deal to fight Cody. … Basically, before I got injured, I was going to be fighting him, and then they moved on, and they went to Cody and TJ.”

Johnson who scheduled to face Henry Cejudo in the co-main event, if he gets past Cejundo, the talks of the super fight will start again, regardless of whoever wins between Dillashaw and Garbrandt at UFC 227.

‘Mighty Mouse’ expressed his interest in a super fight as long as UFC willing to pay him what he’s worth.

“If the money’s right, I’ve always been up front in talking about these super fights,” Johnson said during a UFC 227 conference call on Tuesday. “Everyone keeps talking about these super fights. If the money’s not there, if the compensation’s not there, I’ll keep doing what I’m doing. That’s up to my management if that happens. My management knows what I want, the UFC knows what I want, so for me, I show up to fight the number-one contender in the flyweight division and I’ll continue to do that. So, who knows, if something comes to the table I’ll do it.”

Cody Garbrandt expresses his interest in potentially dropping down to 125 pounds to meet Johnson should he get past Dillashaw at UFC 227. Like ‘Mighty Mouse’ says, Cody also demands better compensation for this fight to happen.

“If they go out and compensate us, I’ll be more than willing to fight ‘Mighty Mouse’ at 125 pounds,” Garbrandt said at a Monday media lunch. “If they don’t want to pay us, I’ll stay at 135 pounds and clean out my division, and (Johnson) will keep doing what he’s doing. No ill words toward ‘Mighty Mouse.’ I think he’s a great, great fighter. But they’ve got to compensate us for that. I think it’s going to be a great fight.”

Cody Garbrandt will face TJ Dillashaw in the main headliner of UFC 227 which is set to go down this Saturday, August 4th. 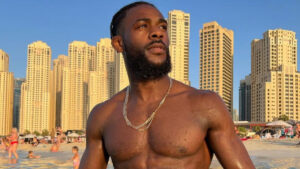 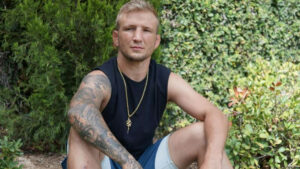 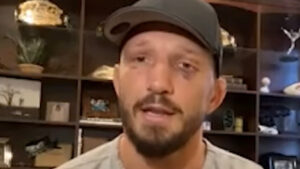 TJ Dillashaw To Have Shoulder Surgery Following UFC 280 Loss, Out For ‘Another Year’ 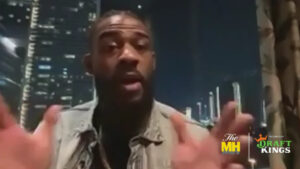 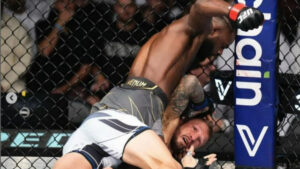 Aljamain Sterling Says Dillashaw Took His Ass Whooping Like A Man, Thinks The UFC Is Looking to Get Rid Of Him 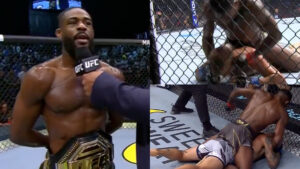