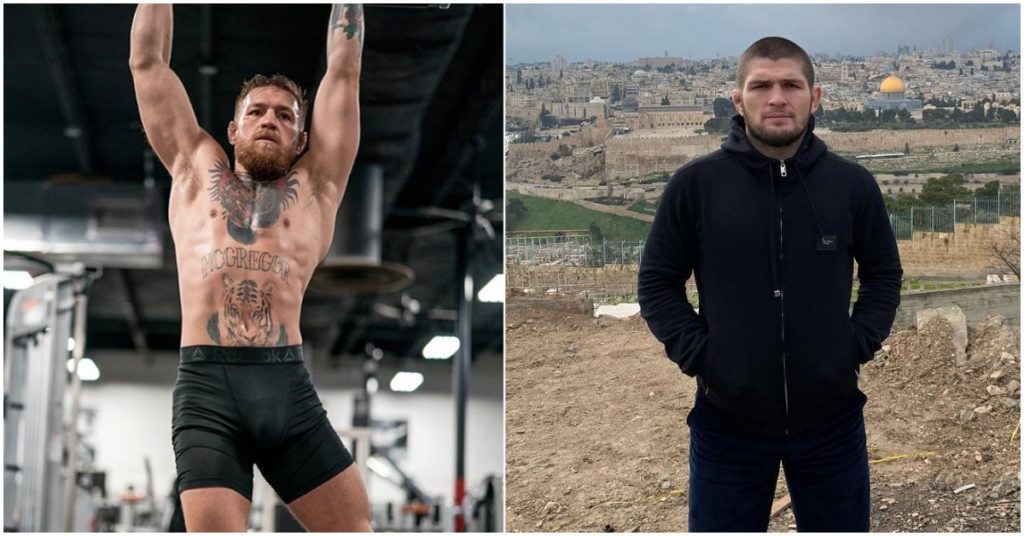 UFC 249 is just around the corner. And, MMA has no reason to panic that the event will fizzle into thin air. Although the current state of the globe is in peril, UFC President Dana White has done everything in his power to keep the event intact. Recently, Dana shared that 249 will definitely take place in a closed-door area to be named later. However, Daniel Cormier believes that Khabib vs Tony could be put on ice for a monumental rematch between Khabib and Conor McGregor.

The UFC depends on its biggest stars to deliver box office numbers. They also depend on putting on a certain amount of shows per year. But, due to the current state of the world, it’s very hard to determine when the next big card will happen. Dana White has already had to postpone the next 3 UFC cards due to the current issues that the globe is facing. However, it is making it clear that UFC 249 will still go on.

Fans around the world are clamoring to see Khabib Nurmagomedov face Tony Ferguson. And they have every reason to do so. Both men are the two best lightweights on Earth and have been scheduled to fight more than any two men in MMA history. However, Daniel Cormier thinks that the fight could take a turn in another direction.

DC Speaks on Khabib vs Conor

DC was recently featured on Ariel Helwani’s MMA Show via ESPN. During the conversation, Cormier spoke about UFC 249 and the matchup of Khabib vs Tony.

“No fight makes more money than Khabib vs. Conor,” said DC. “And no Tony-Khabib fight, no matter who else is on the card, will make as much money as Khabib-Conor.”

”I believe that (Khabib vs Conor ) is a possibility. They may end up doing that, even if the reality is for us, the diehards, I want Khabib vs. Tony. Conor can fight someone else and still make money,” finished DC.

If somehow fans received Khabib vs Conor instead of Khabib vs Tony, it would be interesting to see how they would react. The matchup has been pulled from them on several different occasions. If it were to not happen when both men were available, there’s no telling how fans would react.

Hopefully, Cormier isn’t up to something with his ideas.

Mike Perry Says He Could 'Easily Be Champ' In Any Division Below Welterweight
Read Next Post →
Click here to cancel reply.