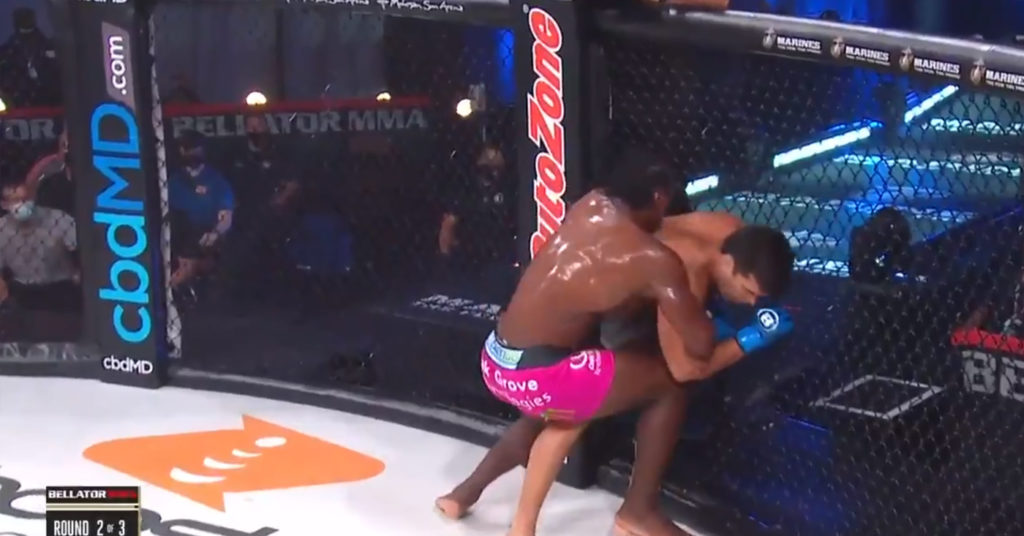 The fighters touch gloves at the beginning of the round. Davis lands a leg kick. Both fighters exchange leg kicks before Davis misses with a right overhand. Machida switches to orthodox for a moment then gets back in the southpaw position. Straight left hand blocked by Davis. Davis lands a leg kick but heats a straight right hand from Machida. Head kick blocked by Machida. Machida lands a head kick but eats a right hand as the round ends.

"Live it up, My Friend."@PhilMrWonderful adds a third consecutive pro win to his record tonight at #Bellator245 and has a message for newly-crowned champ, Vadim Nemkov. pic.twitter.com/D0Ro7Zbq5C