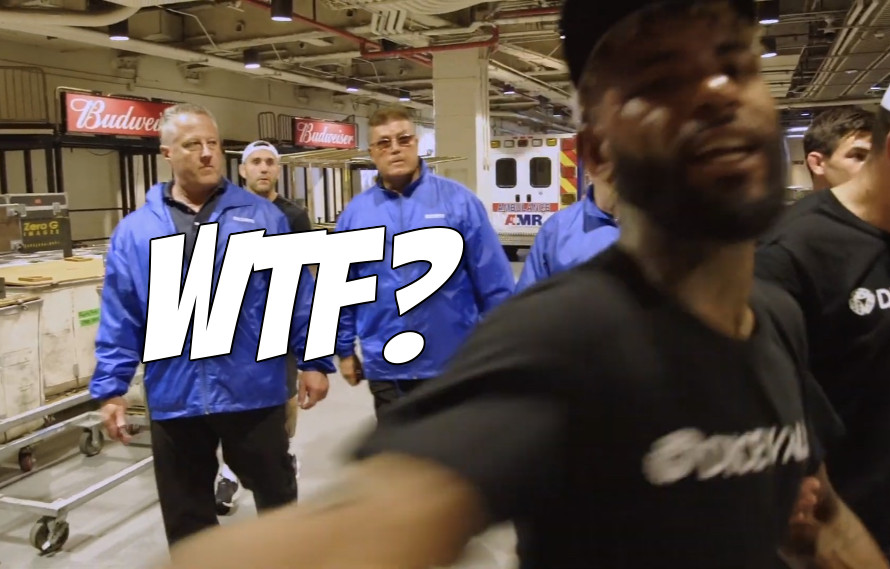 Woof, Kyoji Horiguchi just embarrassed Darrion Caldwell twice in the span of two fights. Horiguchi is so skilled, he could drive a man to slap the hell out of another man post-fight.

Which is where MiddleEasy finds Darrion Caldwell in a weird video Bellator posted. This is raw. It’s emotional, but it also might be Bellator throwing Caldwell under the bus. Why would they release this footage?

In the clip below, Caldwell snaps on the New York Athletic Commission. Then the judges. And finally maybe Bellator officials? Our dude is pissed he lost back to back fights to Kyoji Horiguchi, so pissed he smacks the cameraman for no good reason.

Whomever is filming all of this literally had nothing to do with Caldwell’s problems. This is a heel turn and to be honest Caldwell should be punished for it.

Yeah, you can’t go around slapping photographers and camera people. It’s a solid smack to as the camera nearly falls out of his hands to the floor.

What the hell was Caldwell thinking here?

Check out the full video below.

Khabib Nurmagomedov Revisits UFC 229 Events With Conor McGregor: 'We Smash Him, We Smash All His Team'
Read Next Post →
Click here to cancel reply.